Youthcast - 16-18 years
Back to programme

Share :
Murder Manor is a drama created by members of Activate Youth Theatre as part of READ ON 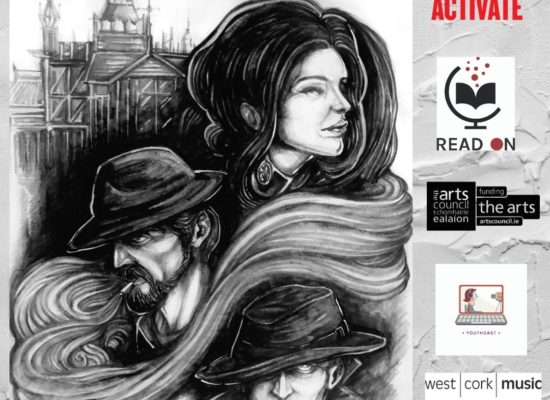 A murder has taken place in the West of America. Ms. Cynthis Van Der Bolt has been brutally murdered in her home. Two detectives must work together to piece together the evidence and solve the case …

Murder Manor was devised, written and performed by members of Activate Youth Theatre, with support and mentoring from Dave Lordan. The participants were mentored to create a concept for their piece, device and write a script, record the scenes, edit the recordings, contribute to the sound design and distribute the final product.

Brien Aherne introduces the series in the video below.

This page brings all the episodes of Murder Manor directly to you, wherever you are.

To find out more about individual podcasts, you can visit the podcast page from here by simply clicking on its Read More link.

Each podcast will become available to view here at their appointed hours. If the podcast is not immediately visible at that time, please refresh this page and/or clear your cache. 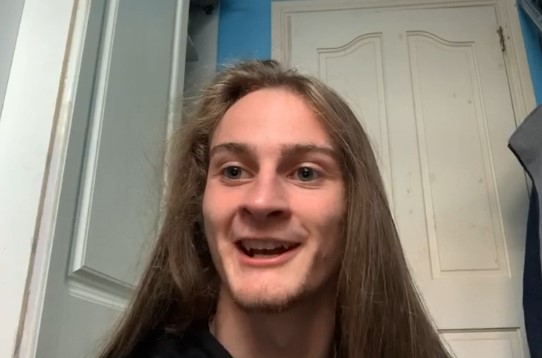 Hi my name is Brien Ahern I live in cork in Blackrock. I’m 18 years old and I took part in a project called youth cast which was supported by Read On EU .

Youthcast provides support and training to facilitate young people like me to create, record and actually share their new creative work using multiple forms of media. So in our case we devised and performed a radio play entirely on zoom.

We started by listening to other examples and giving feedback to each other on what we enjoyed and wanted to explore.

Once we settled on a theme of murder mystery a few of us got tutoring from Dave Lordan on sound editing and what goes into it and what we can get out of it.

Dave throughout the process continued to help out in whatever way we asked, giving us free reign on what exactly we wanted to put into this project.

When it came to actually devising the scenes themselves we would choose some kind of prompt or idea and split off into breakout rooms and devise a quick scene and we’d perform them to each other, which really helped get a feel for using zoom and performing in that environment.

Eventually we started to devise scenes amongst ourselves which we recorded and put in script form, which we would then edit and refine.

Once we had the full thing scripted we went into break out rooms and recorded scenes actually using zoom itself.

After every scene was recorded, with the help of Dave we put it all together and gave feedback on various aspects, such as music choices and sound quality, as well as how we were going to distribute it to different media outlets.

This process was completely new, and unlike anything I’ve done. Having to use our voices to give off the range of expression we would normally have, and doing actions was strange at first. However, it really became fun to play around with a different kind of performance.

“This production for me exemplifies the determination of our youth theatre, finding new ways of performing and being adaptable” Danny Foley

“I think making this radio play has been brilliant, and working with a professional was really interesting and I think I learned a lot. Working over zoom especially was a totally new experience and I really enjoyed it!” Ellie O Connell

“Because of social distancing we were working remotely on an audio drama. As a sixth year student I was dealing with a lot of uncertainty and having a social and creative outlet helped me feel some control and less alone.” Laura Bradfield

“This project was great to work on, and using zoom was actually perfect for making an audio play and I had so much fun with it. It was very convenient to be able to just record our work during a class without needing any special recording equipment or set ups.” Sloane Quirke

“This experience has taught me so much about how to record and get a better understanding of narration, as well as collaborative efforts with my peers.” Niall Delaney

“The podcast training has given me invaluable skills in lots of different areas. I loved having the chance to devise and perform our own radio play as it gave me an insight into a genre I’d never considered before! Working via Zoom was great and it really helped me through lockdown!” Anna O’Connor

“I started working on the radio drama towards the end of July. I came to the project late so it was interesting to see what had been made already and it was cool trying to work a new character into the show. It was a strange experience and not quite like anything I’ve done before.” Eoghan Richardson

“I’m new to Activate, so this was the first project I did with the group. Learning about sound design, recording and editing was such a highlight – as well as creating our own script!” Faye Herlihy

“The innovative nature behind the project gave it a spark of energy and life that motivated me, and everyone else, to truly give it their all. Whether it be improving scenes to then adjust into a script, or talking with Dave Lordan about sound and audio details to do with the play. This whole experience was amazing, it brought us a lot closer together and I can say I’m genuinely proud of the work we all did as a team.” Joe Murray

READ ON is a 48-month European project which is being delivered through 7 partner organisations across 6 EU countries; Ireland, Italy, Norway, Portugal, Spain and the United Kingdom. READ ON is undertaken with the support of the Creative Europe programme of the European Union and the Arts Council.

My Life in Strips