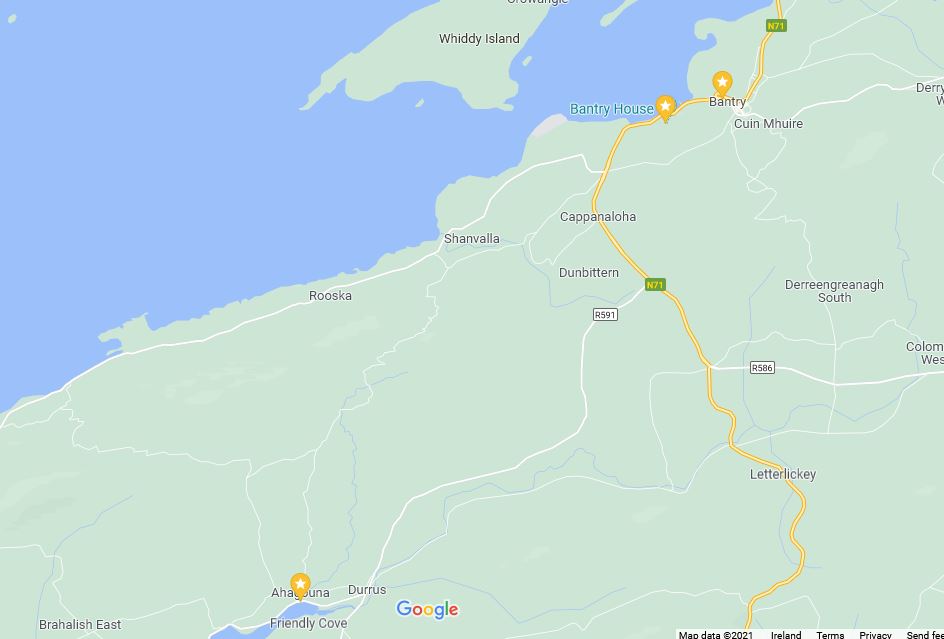 St James' Church, Durrus
This small Anglican church is exquisitely located at the top of Dunmanus Bay overlooking the Atlantic Ocean. It was founded in 1792, replacing an earlier church on the site. It is built in the Venetian Gothic Revival style of architecture with several notable stained glass windows.

St Brendan's Church, Bantry
This beautiful old church was built in 1818, and is Church of Ireland. It was designed by Henry Edward Kendall, and is in the gothic style. It's situated in the centre of town, on Wolfe Tone Square, the heart of Bantry. Bantry claims an ancient connection with St Brendan, who was the first person to discover America.