Peter Spissky studied violin at the Music Academy in Bratislava, Slovakia (soloist diploma 1991), and the Music Academy in Malmö, Sweden, where he received a soloist diploma in 1995. From 1988, parallel with his modern violin studies, he intensively researched in historical performance practice and 1999 was appointed a concertmaster in Concerto Copenhagen, the leading baroque orchestra in Europe. With CoCo, Peter is involved in concert tours (i.e. Musikverein in Vienna, Concertgebouw Amsterdam, USA and Japan) and recordings with conductors such as Lars Ulrik Mortensen, Paul Hillier, Andrew Lawrence-King and Alfredo Bernardini.

Apart from his concertmaster position in Concerto Copenhagen, Peter Spissky is a musical director of Camerata Øresund, orchestra of young generation players based in Copenhagen/Malmö. Camerata has launched their official debut in November 2010 with a series of concerts called “Bach on the Bridge” (hinting on the Oresund bridge connecting south Sweden with Denmark), including Bach violin concertos.

Between 2000-2010 he made a great success with the chamber group Baroque Fever, known for its extrovert energetic shows, bringing the early music to the new younger audiences.

Peter Spissky is a teacher in baroque violin at the Musikhögskolan i Malmö, Det Kongelige Danske Musikkonservatorium in Copenhagen and gives Master Classes all around Scandinavia.

In 2017 Peter successfully defended his doctoral thesis concerned with baroque dance and violin bowing at the Lund University, receiving a PhD degree in music and arts. 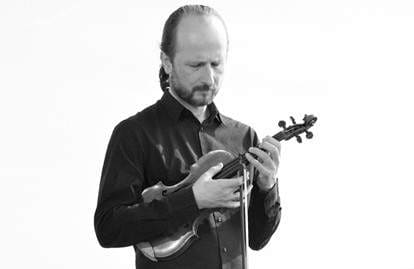