Laura van der Heijden has already made a name for herself as a very special emerging talent, captivating audiences and critics alike with her ‘compelling, intelligent, natural, imaginative, sensitive, heartfelt’ interpretations.

Having turned 21 in 2018, Laura can already look back on a number of exceptional achievements, among them becoming the winner – at the age of just 15 – of the BBC Young Musician 2012 competition, and performing with such distinguished musicians as Sir Andrew Davis, Fazil Say, Kirill Karabits, Huw Watkins, Krzysztof Chorzelski, and the Endellion String Quartet. In 2016 Laura was chosen by the Orpheum Stiftung in Switzerland, a foundation encouraging and assisting exceptionally talented young instrumental soloists. Under this umbrella she appeared in recital with Fazil Say at Zürich Tonhalle.

Laura was born in England to Dutch-Swiss parents and gave her first public performance at the age of 9. Since 2008 she has been a student of the renowned British-Russian cellist Leonid Gorokhov, and participates regularly in masterclasses given by such cellists as David Geringas, Ralph Kirshbaum and Miklós Perényi. She is currently studying for her Bachelor’s Degree in Music at St John’s College, Cambridge, while also maintaining a busy concert diary.

In the past few years, Laura has performed with leading orchestras such as the Philharmonia, the Academy of St Martin in the Fields, the Royal Philharmonic, BBC Philharmonic, European Union Chamber and English Chamber Orchestras. She has also given debuts in Holland, Germany, New Zealand, and in Australia with the Melbourne Symphony Orchestra in the opening concert of the inaugural BBC Proms Australia, conducted by Sir Andrew Davis.

In 2018 Laura debuts with the Argovia Philharmonic in Switzerland and at Wigmore Hall in a BBC lunchtime recital. Later on in the year she will give her debuts with the Hallé Orchestra under Karl-Heinz Steffens (Dvorak), in Japan with the Yomiuri Nippon Symphony Orchestra and at the Musashino Cultural Foundation, as well as in Italy at the Stradivari Festival of Cremona. She will also perform Haydn’s cello concerto in C in the opening concert of the Lammermuir Festival with the BBC Scottish Symphony Orchestra. Furthermore she will appear in recital with pianist Jâms Coleman at Cheltenham Music Festival and around the UK.

Laura plays a late 17th-century cello by Francesco Rugeri of Cremona, on generous loan from a private collection. She is an Ambassador for both the Prince’s Foundation for Children & the Arts and Brighton Youth Orchestra. 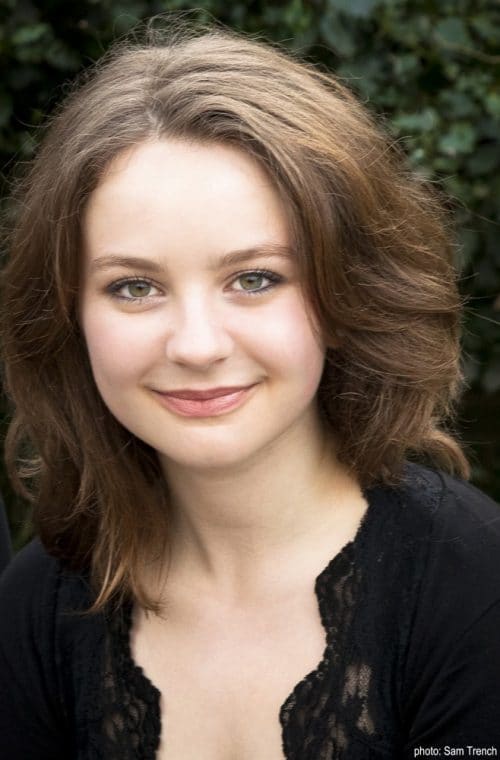