The Delta Piano Trio was founded in 2013 in Salzburg (Austria) by three Dutch performers: violinist Gerard Spronk, cellist Irene Enzlin and pianist Vera Kooper. Regarded by fellow musicians as one of the most promising young ensembles, the Delta Piano Trio have made a name for themselves with their raw, uncompromising musicianship, their energy and a willingness to invest oneself beyond comfort. The trio studied with Wolfgang Redik (Vienna Piano Trio), Rainer Schmidt (Hagen Quartet), Trio Wanderer and Anton Kernjak. They collaborate regularly with contemporary composers and maintain a close relationship with Russian composer Lera Auerbach. 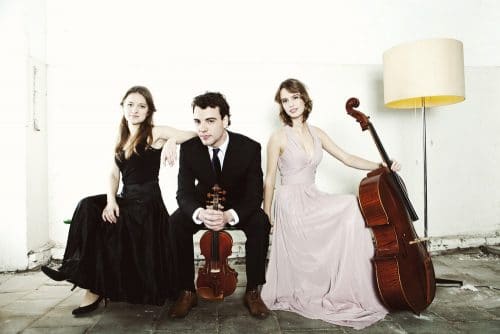