Formed in 2005, the Chiaroscuro Quartet comprises violinists Alina Ibragimova (Russia) and Pablo Hernán Benedí (Spain), the Swedish violist Emilie Hörnlund and cellist Claire Thirion from France. Dubbed ‘a trailblazer for the authentic performance of High Classical chamber music’ in Gramophone, this international ensemble performs music of the Classical and early Romantic periods on gut strings and with historical bows. The quartet’s unique sound – described in The Observer as ‘a shock to the ears of the best kind’ – is highly acclaimed by audiences and critics all over Europe.

Their growing discography includes recordings of music by Mozart, Beethoven, Schubert and Mendelssohn. The Chiaroscuro Quartet was a prize-winner of the German Förderpreis Deutschlandfunk/Musikfest Bremen in 2013 and received Germany’s most prestigious CD award, the Preis der Deutschen Schallplattenkritik in 2015 for their recording of Mozart’s Quartet in D minor, K.421 and Mendelssohn’s Second string quartet in A minor, Op. 13. Among the ensemble’s chamber music partners are renowned artists such as Kristian Bezuidenhout, Trevor Pinnock, Jonathan Cohen, Nicolas Baldeyrou, Chen Halevi, Malcolm Bilson and Christophe Coin.

For the 2016/17 season, the Chiaroscuro Quartet appears on stage for various recitals in the UK including, London, Cardiff, Manchester and Cheltenham and well as performances in Dortmund, Berlin, Oslo, Hasselt and Ghent. Their latest recording will be released in July 2016 on BIS Records, featuring Haydn’s Opus 20 quartets.

Since 2009, the Chiaroscuro Quartet has been artist-in-residence in Port-Royal-des-Champs giving a concert series dedicated to Mozart’s string quartets. 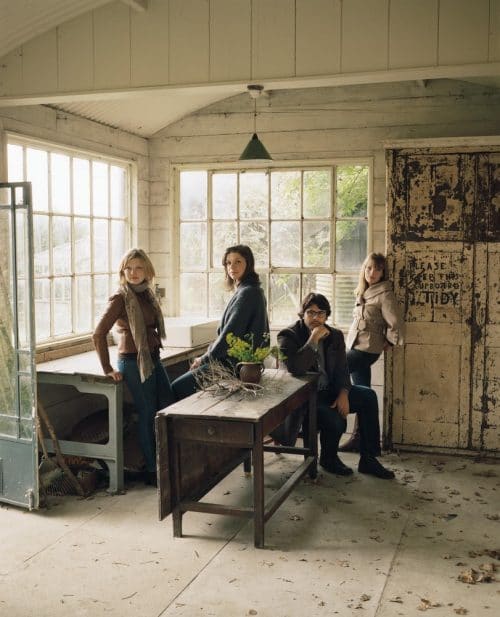