Share :
This concert will be centred on Macalla an Amhráin the breathtaking new work which was originally commissioned by Islander Music for Quiet Nights Festival and premiered in Cork in April by Cormac McCarthy composed and arranged for these musicians.

Macalla an Amhráin (meaning echo of song) and is a long form work based around 4 sean nós melodies, also containing significant sections of instrumental music.

With a few notable exceptions, no jazz musician has ever really managed to draw together Irish traditional music and the African-American improvisatory tradition in any kind of sustained way. Cork pianist and composer Cormac McCarthy joins that short list of notable exceptions…
Cormac Larkin, Irish Times

Cormac is an incredible musician. He is world class.
Martin Hayes 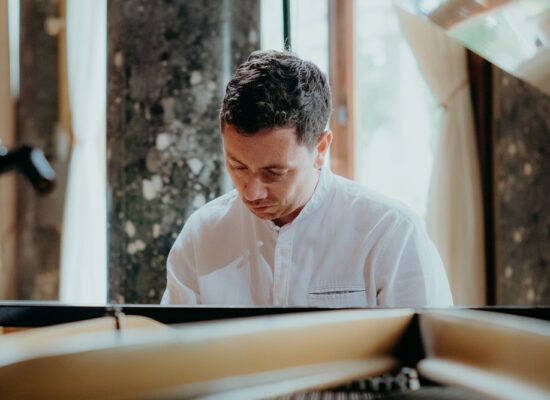