Cormac McCarthy is a pianist, composer, arranger and conductor from Cork, Ireland. Noted for a diverse stylistic palette, and equally at home in a variety of genres, his music is said to “defy categorisation”  (Lyric FM).  In 2010, having completed his Masters degree in composition at the MTU Cork School of Music, Cormac received the prestigious Bill Whelan International Music Bursary, an award earmarked for young Irish composers studying abroad. He spent a number of years living in Chicago, where he completed a Masters in Jazz Studies at DePaul University.

His compositions and arrangements have been performed and recorded by artists including Phil Woods, Jeff Hamilton, Mick Flannery, Martin Hayes, Andrea Corr, Niamh Regan, Jack O’Rourke, The DePaul Jazz Ensemble, The RTÉ Concert Orchestra, The New Irish Jazz Orchestra and the Cork Opera House Concert Orchestra. A new string quartet commissioned by the National String Quartet Foundation will be premiered as part of a nationwide tour by the Carducci Quartet this Autumn.

As a pianist, he has performed extensively at concert venues, clubs and festivals throughout Europe and the US, sharing the stage/recording studio with artists across a wide musical spectrum, including Peter Washington, Nell Ní Chróinín, Billy Drummond, Liz Carroll, Donal Lunny, The RTÉ National Symphony Orchestra & The RTÉ Concert Orchestra. In 2015, Cormac released Cottage Evolution, his debut LP as bandleader, to widespread critical acclaim. He is also a member of Martin Hayes’ most recent project, The Common Ground Ensemble. As a conductor, he has led the RTÉ Concert Orchestra and the Cork Opera House Concert Orchestra.

Cormac continues to be in demand as a composer, arranger and orchestrator in tandem with maintaining an active performance schedule. He lectures in piano, arranging and composition at the MTU Cork School of Music, and is director of the Cork School of Music Jazz Big Band. 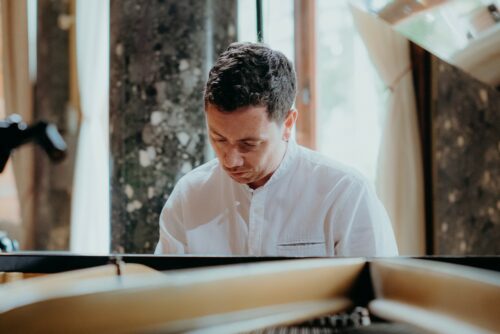 The Maritime Hotel
Tickets from €20
SOLD OUTFind out more