New To The Parish

Sorcha Pollak will host a discussion with three of the people whose stories she has shared in New to the Parish – Malak Bouod from Libya, Flavia Camejo from Venezuela and Bulelani Mfaco from South Africa. 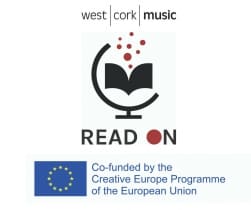 New to the Parish is an ongoing series of stories published in the Irish Times by journalist Sorcha Pollak and fourteen of these stories were published in the book New to the Parish. These are the inspiring stories of people who have come to Ireland for work, education, retirement, love and in some cases, out of necessity, forced from their homes by death and destruction. They are an important reminder that every migrant is a human being, and that every one of us has a story to tell. Join Sorcha for a conversation with three of the people whose stories she has shared with readers – Malak Bouod from Libya, Flavia Camejo from Venezuela and Bulelani Mfaco from South Africa.

Irish Times journalist Sorcha Pollak, whose own grandfather was a Czech Jewish political refugee who arrived in Ireland in 1948, provides a deeper understanding of what makes a person leave their native land, often in extreme difficulty, in order to start a new life abroad.

“Ireland has been transformed in recent years by the arrival of hopeful settlers from many parts of the world… Sorcha Pollak tells those individual stories with humour, sympathy, vividness and insight. This uplifting book is both a great read and an essential document of contemporary Ireland.” Fintan O’Toole

“A calm and clear-eyed portrait of a country grappling with its own identity through the lens of migration. This is a wonderful book. It is essential, timely reading, packed with valuable and well-researched context and interspersed throughout by real life immigration stories, told beautifully by the people who’ve lived them.” Maeve Higgins

Sorcha Pollak is an Irish journalist based in Dublin working for the Irish Times with a specific focus on migration and immigrant communities in Ireland. Before joining the Irish Times...

Malak Bouod grew up in the Libyan city of Benghazi and became involved in human rights activism in her teenage years. She was involved in youth development groups in her...

Flavia Camejo spent her childhood in the northern Venezuelan city of Coro and moved to the city of Maracaibo after school to work as a journalist. She wrote for one...

Growing up in the apartheid ghetto of Khayelitsha in Cape Town, Bulelani Mfaco became involved at an early age in protests for adequate housing, access to land, health care, and...

Directions to the Library: From Bantry Main Square, turn left at Harrington Estates. Continue straight up New Street and then on to Bridge Street (all one way streets) until you...