Hailed by The Strad magazine as, “A viola star in the making!” Austrian/German violist, Emma Wernig, is an emerging young artist with an authentic musical voice. Born in 1999 in Los Angeles, California, her music making has taken her across the globe. A prizewinner in many competitions, Emma received the ‘Barbirolli Prize’ at the 2019 Tertis International Viola Competition and won first place at the 2017 Cecil Aronowitz International Viola Competition. As a result of winning the Colburn Conservatory Concerto Competition in 2018, she performed the Walton Viola Concerto with Colburn Orchestra in 2018 under Catherine Larsen-Maguire. Emma released her debut album, “The Viennese Viola” alongside Spanish-Dutch pianist Albert Cano-Smit in July of 2021 on the Champs Hill label to critical acclaim and 5 Stars from BBC Music Magazine. The program features Austrian rarities for viola and piano and pays homage to her heritage and passion for discovering new repertoire.

She has appeared at the Festspiele Mecklenburg-Vorpommern, France’s Festival de Musique de Wissembourg, Krzyzowa Chamber Music, Verbier Festival Academy, Gstaad Menuhin Festival, IMS Prussia Cove, and Four Seasons Chamber Music Festival. Her appearance at Kronberg Academy’s Chamber Music Connects the World is postponed due to COVID-19. She is an artist of the Mozart Gesellschaft Dortmund and will appear as a featured soloist in concerts during their 2021/22 season.

Supporting underrepresented music and composers as well as performing in her community is very important to Emma. As a member of the “Sunrise Quartet” she won the North American String Quartet Competition’s “Recovered Voices Prize” and was selected as an ensemble-in-residence for the renowned Street Symphony initiative, bringing classical music to South Central Los Angeles.

Emma Wernig earned her Bachelors degree from the Colburn Conservatory where she studied with violist, Paul Coletti and her Masters degree with Ettore Causa at the Yale School of Music. Emma currently studies with Tabea Zimmermann at the Musikhochschule Hanns Eisler and resides in Berlin, Germany. 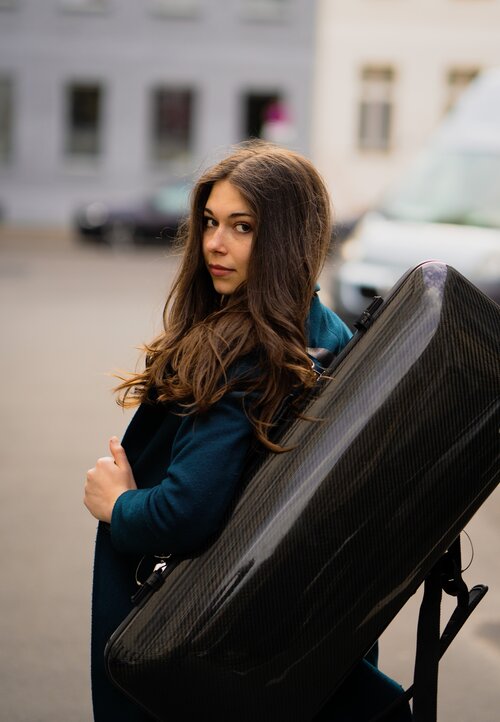