Jon Dahlkvist has many musical talents from early age. He is now active as violist, pedagogue, manager and artistic developer. Currently he is teaching chamber music, viola and administrating the new Bachelor program at Ingesund College of Music i Arvika, Sweden.

Since he as adolescent chose viola as main instrument, he has played concert after concert with music ranging from wiener classical to avant garde as well from jazzy tunes to grand tragic Italian operas. He is a chamber musician from top to toe and his string quartet The Dahlkvist Quartet is making a successful career and was appointed Rising Star for 2012-2013.

He has studied at Royal College of Music in Stockholm as well as in Italy in Perugia and until 2008 in Holland at the Conservatoires in Groningen, Tilburg and Amsterdam. During his many trips around Europe he has studied with violists such as Ervin Schiffer, Miguel da Silva, Nobuko Imai, Lars-Anders Tomter, Marjolein Dispa-Knaven and Gisella Bergman to name a few. In Holland he took part of founding the chamber orchestra Camerata Ardesko where he also was part of the management. In Sweden he has been performing as section leader of the Orchestra of North Swedish Opera and Camerata Nordica. He has also worked on yearly contract with Royal Swedish Opera Orchestra and Västerås Sinfonietta as well as vacancy work in Wermland Opera.

Jon has always had a special interest for string quartet. He has played actively in several quartets since 1998, studying for the Ysaÿe string quartet, the Medici string quartet as well as members from the Tale, Crafoord and Yggdrasil quartets in Sweden. The Dahlkvist Quartet was formed 2007 together with two of Jon’s sisters together the violinist Bartosz Cajler. 2009 the quartet won the Chamber music competition ”Young&Promising” together with a tour around Sweden. They also were rewarded Royal Swedish Academy’s great award for chamber music groups. In January 2011 they performed at grand hall of Stockholm Concert Hall at the Steve Reich Festival and in October 2011 they performed in the regular series of Grünewaldsalen/Stockholm Concert Hall what also was broadcasted on national Swedish radio. The Dahlkvist Quartet was appointed ECHO Rising Star by Stockholm Concert Hall and performed a tour through several European concert halls during 2012-2013.

See also separate biography and concerts for Jon with the Dahlkvist Quartet here. 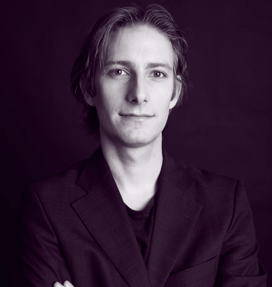