was born 1986 in Stockholm, Sweden, into a family of musicians. She is a member of the cello section of Stockholm Philharmonic Orchestra.

Hanna was selected ”Artist in Residence” 2011-2013, by the Swedish Radio classical music channel, which meant broadcasted concerts and comissions of new cello repertoire. For ex she premiered to great acclaim, the cello concerto “Unceasing Prayers” by Djuro Zivkovic with Malmö Symphony Orchestra. Among earlier important occasions on the contemporary music arena, there is the premiere of a cello concerto by Kerstin Jeppsson in 2011, with the Swedish Radio Symphony Orchestra, in which she was the soloist.

Hanna is an active chamber musician and is giving concerts in different chamber music constellations throughout Sweden and Europe.

In 2012 Hanna finished a Master of Music with Michel Strauss at Conservatoire Nationale Supérieure de Musique in Paris. In 2009 she received a post graduate diploma after studies with Torleif Thedéen at Royal Academy of Music in Stockholm and made an acclaimed final concert with Swedish Radio Symphony Orchestra in Witold Lutoslawskis cello concerto.

She has also had guidance through international master classes with well-known cellists as Janos Starker, Gary Hoffman, Frans Helmerson and Erling Blöndal-Bengtsson.

Hanna is playing on a cello by Nicolas Vuillaume built in 1864, which is lent to her by Michel Strauss.

See also separate biography and concerts for Hanna with the Dahlkvist Quartet here. 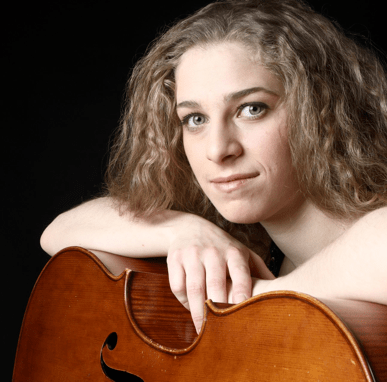