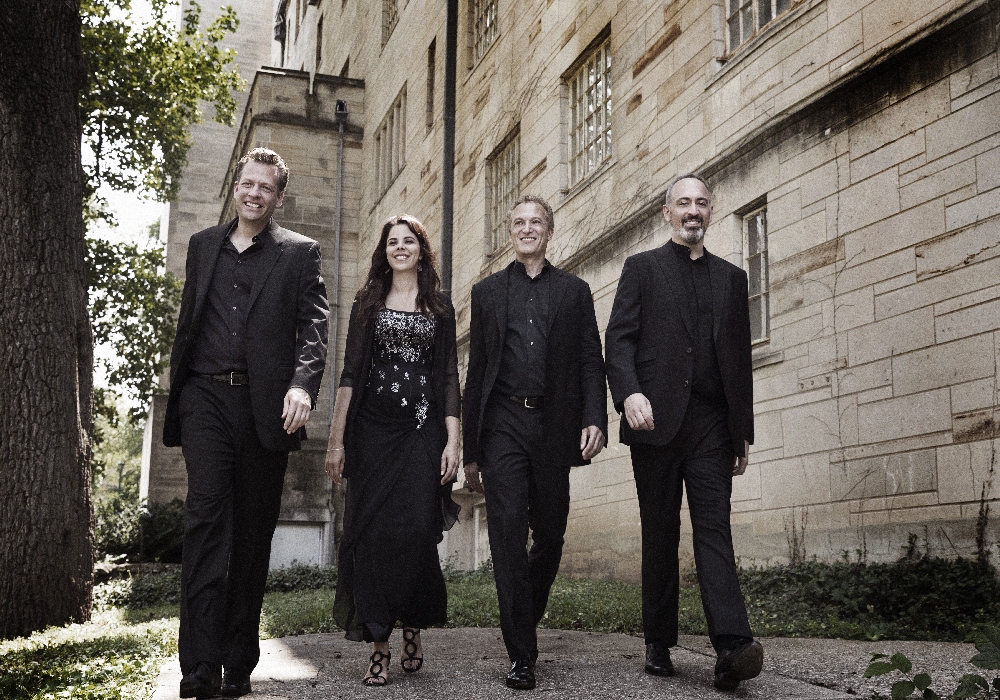 As our contribution to Culture Night on September 18th, West Cork Music will release a concert by Pacifica Quartet specially filmed in St Paul, Minnesota. The Pacifica Quartet should have performed in Bantry this summer so this will be the last film in our Virtual Chamber Music Festival. We had planned to film it back in June, but a family bereavement made this impossible.

This concert film will be a co-production with the Schubert Club in St Paul and the Friends of Chamber Music in Portland, Oregon. The programme will be a celebration of the centenary of women’s suffrage in USA, a timely celebration given the importance of the coming election and continued attempts to limit voting rights in parts of USA.

To remind us of the skills of the Pacifica Quartet I sought out one of their performances from their last visit to Bantry three years ago. They played an eclectic repertoire that year, including Irish premieres of works by two American women composers, Shulamit Ran and Julia Wolfe. However I thought you might like hear again the quirky 11th Quartet by Shostakovich. This gentle and witty work is epigrammatically brief with seven perfectly crafted movements flowing into each other without a break. The movements are unified by a miniature chorale theme heard midway through the Introduction. This theme provides the melodic outline for the succeeding Scherzo and runs like a thread through the other movements. One of the many wonders of this exquisite quartet is the delicate way Shostakovich crafts the transition from movement to movement.

The quartet was written in memory of a musical colleague, who is mourned in the sixth movement Elegie, deeply serious music but a long way from this composer’s more devastating Adagios. The highpoint of this lovely quartet comes as the Elegie’s lament transitions into the magically susurrating opening theme of the Finale. The Pacifica give a performance of great beauty, born of long acquaintance with this music.