Malcolm Proud won first prize at the Edinburgh International Harpsichord Competition in 1982. He has performed at all the major Irish festivals and has toured Finland, Denmark, Holland, U.K., Switzerland, Germany, France, Italy, U.S.A., Japan, Canada, Estonia, Latvia, Belgium, Austria and Portugal. In 2016 he gave harpsichord recitals at the National Concert Hall in Dublin, at Fenton House in London playing the Queen’s 1612 Ruckers, at the Cobbe Collection of Historical Keyboard Instruments in Hatchlands, Surrey, and at Handel House in London.

Organist of St. Canice’s Cathedral in Kilkenny, his CD of Bach’s Clavierübung III recorded on the Metzler Organ at Stein am Rhein in Switzerland was released in 2008 on the Maya Recordings label.

In 2010 Malcolm Proud played all six of Bach’s Brandenburg Concertos with Sir John Eliot Gardiner’s English Baroque Soloists at the London Proms and the Schleswig-Holstein Festival in Germany. He is co-founder with Swiss violinist Maya Homburger of Camerata Kilkenny and has performed concertos with the Academy of Ancient Music and the European Union Baroque Orchestra. 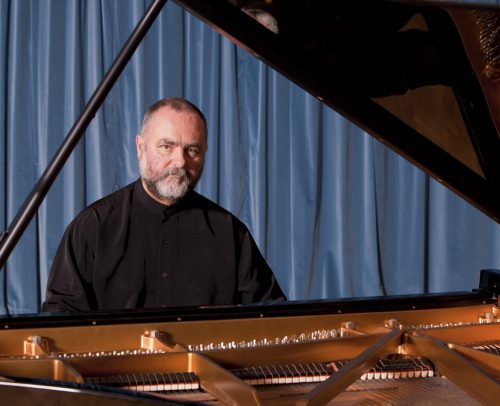