Ensemble Molière have gained a reputation as an established early music ensemble. Their unique combination of instruments provides memorable and creative programmes from the repertoire of the 17th and 18th centuries, all performed on historical instruments.

Ensemble Molière have been selected as the first-ever Radio 3 New Generation Baroque Ensemble for two years from October 2021, a new scheme run in partnership by BBC Radio 3, the National Centre for Early Music and the Royal College of Music.

The ensemble have performed throughout the UK and Europe; including performances at the MAfestival fringe in Brugge and the Oudemuziek fringe in Utrecht. 2017 has seen the ensemble make their debut at the London Festival of Baroque Music as part of their Future Artists Scheme and compete as finalists in the International Young Artists Competition at the York Early Music Festival. The ensemble have also premiered their first cross art opera project Pygmalion, part funded by Arts Council England and supported by Stroud Green Festival and BREMF. 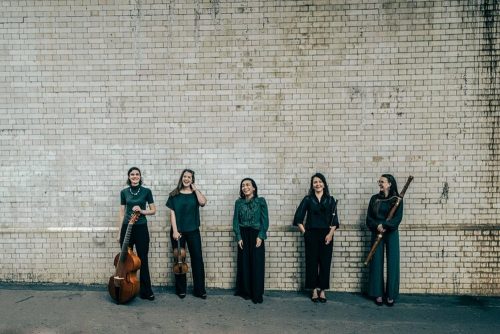