Phil Robson is a multi award winning guitarist & composer, originally from the UK who relocated to New York City in 2015 and is currently based in Ireland. He has led bands featuring jazz legends such as David Liebman, Mark Turner, Billy Hart, James Genus & many more as well as working as a sideman with Barbra Streisand, Kenny Wheeler, Charles Earland, Donny McCaslin,

In Europe he is renowned as the co-leader of the cult UK band ‘Partisans’ with saxophonist Julian Siegel and also for his work with the great singer/songwriter Christine Tobin.

In New York he is best known for his collaboration with the great saxophonist/composer Jed Levy.

He’s also a ‘Whirlwind Recordings’ artist with highly acclaimed albums who performs at major venues and festivals around the world. www.philrobson.net

“Robson performs impeccably throughout, whether he’s contributing chordal washes in support, or taking the spotlight for some intricate, fluid solos of his own.” AllAboutJazz 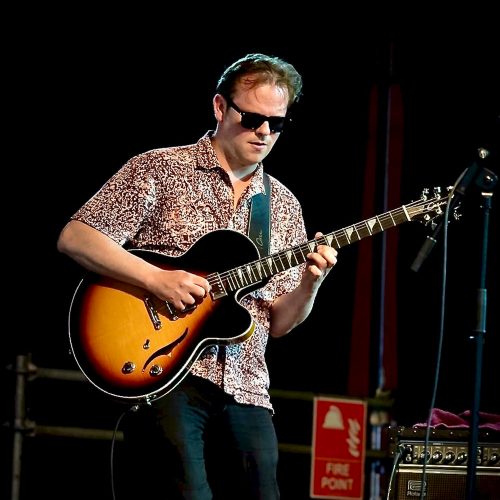