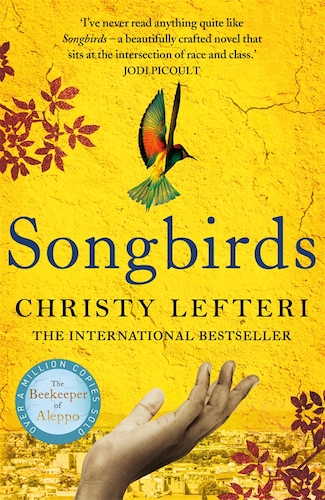 Brought up in London, Christy Lefteri is the child of Cypriot refugees. She is a lecturer in creative writing at Brunel University. Her international best-selling novel The Beekeeper of Aleppo was born out of her time working as a volunteer at a UNICEF supported refugee centre in Athens. It was runner up in The Dayton Literary Peace Price 2020, which celebrates the power of literature to foster peace, social justice and understanding and won the Aspen Words Literary Prize 2020, which is awarded to an influential work of fiction that illuminates a vital contemporary issue and demonstrates the transformative power of literature on thought and culture. Her second novel Songbirds is published by Manilla Press in July 2021. Twitter: @christy_lefteri