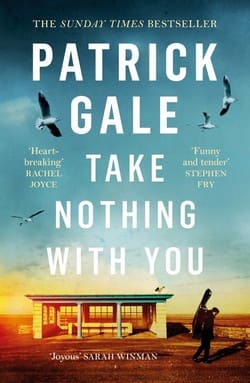 Patrick Gale was born on the Isle of Wight. He spent his infancy at Wandsworth Prison, which his father governed, then grew up in Winchester before going to Oxford University. He now lives on a farm near Land’s End. One of this country’s best-loved novelists, his most recent works are A Perfectly Good Man, the Richard and Judy bestseller Notes From An Exhibition, and the Costa-shortlisted A Place Called Winter. His original BBC television drama, Man In An Orange Shirt, was shown to great acclaim in 2017 as part of the BBC ‘s Queer Britannia series, leading viewers around the world to discover his novels. Take Nothing With You was published by Tinder Press in August 2018.