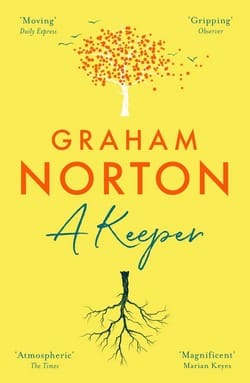 Graham Norton is one of the UK and Ireland‘s best-loved broadcasters. He presents The Graham Norton Show on BBC1, has a weekly show on BBC Radio 2, and writes a column for the Telegraph. He is the winner of eight BAFTA awards. Born in Dublin and raised in West Cork, Graham now lives in London. His debut novel Holding was a commercial and critical success and won the Irish Independent Popular Fiction award at the Bord Gáis Irish Book Awards in 2016. His second novel A Keeper was published by Hodder & Stoughton in October 2018.