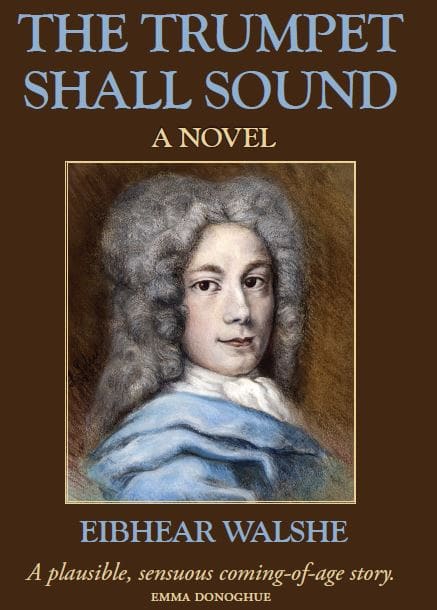 Eibhear Walshe was born in Waterford, studied in Dublin, and now lives in Cork, where he lectures in the School of English at University College Cork and is Director of Creative Writing. He has published in the area of memoir, literary criticism and biography, and his books include Kate O’Brien: A Writing Life (2006), Oscar’s Shadow: Wilde and Ireland (2012) and A Different Story: the Writings of Colm Tóibín (2013). His childhood memoir Cissie’s Abbatoir (2009) was broadcast on RTÉ’s ‘Book on One’. His novel The Diary of Mary Travers (2014), was shortlisted for the Kerry Group Novel of the Year Award in 2015 and longlisted for the 2016 International Dublin Literary Award. He was associate editor, with Catherine Marshall, of Modern Ireland in 100 Artworks (2016), edited by Fintan O’Toole and shortlisted for the Bord Gáis Energy Irish Book Awards. The Trumpet Shall Sound: A Novel was published by Somerville Press in January 2019.