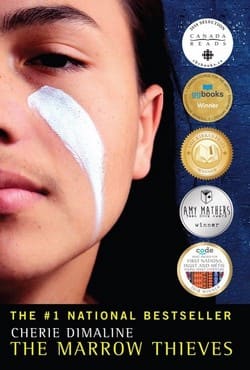 Cherie Dimaline is an award-winning Métis author and editor whose award-winning fiction has been published and anthologized internationally. In 2014, she was named the Emerging Artist of the Year at the Ontario Premier’s Award for Excellence in the Arts and became the first Aboriginal Writer in Residence for the Toronto Public Library. Her fourth book, The Marrow Thieves, is a national bestseller and has won the Governor General’s Literary Award, the Kirkus Prize, the Amy Mathers Teen Book Award, the Burt Award for First Nations, Inuit and Métis Young Adult Literature, and the Sunburst Award. It was also selected for CBC’s Canada Reads in 2018 and has been a finalist for the Ruth and Sylvia Schwartz Children’s Book Award, the Trillium Award and the White Pine Award.