Voice, the a cappella trio from the UK, perform diverse programmes from medieval music to new compositions, most recently by Roderick Williams, which was premiered at Three Choirs Festival (2017).  Voice have performed in Europe and toured the UK and the USA with their last tour in collaboration with ‘cellist Matt Haimovitz.  They have two releases, Musical Harmony (2013) and Patterns of Love (2015), as well as recordings with Early Music groups, the Dufay Collective, and Sinfonye.

“Voice (Victoria Couper, Emily Burn and Clemmie Franks), one of several such groups competing for the slot left by the reputed imminent dissolution of Anonymous 4. They sound excellent” Gramophone

“Victoria Couper, Clemmie Franks and Emily Burn wove their distinct voices into an all-encompassing sound that served as a reminder that the human voice, when in the proper hands, needs no amplification or digital distortion to prove its power” Planet Hugill 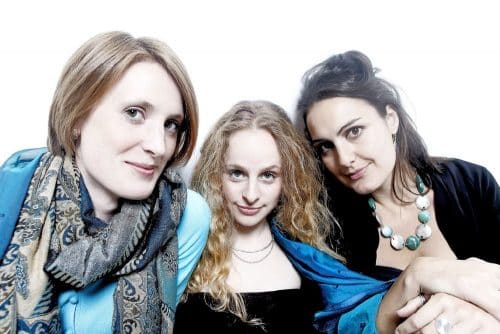