Marcus Mohlin was born in 1989 in Stockholm. He started playing the piano at the age of 6 and later discovered cembalon when attending a school project where Peter Spissky, concert champion of Concerto Copenhagen, was a teacher. Marcus studied cembalo for Mayumi Kamata and Ulf Söderberg at Collegium Musicum, a specialization in early music at the Royal College of Music in Stockholm. During his studies, he also participated in master classes for Ton Koopman and Rinaldo Alessandrini.

Today Marcus works as a freelance musician and travels throughout Europe. He plays with baroque personalities like Lars-Ulrik Mortensen, Rachel Podger, Alfredo Bernadini and has been invited to most of the major orchestras in the Nordic countries, including Stockholm Philharmonic Orchestra, Norwegian Chamber Orchestra, Drottningholms Barockensemble and Concerto Copenhagen.

One of his Swedish chamber music groups, Ensemble Flautino, has been awarded the majority of scholarships from the Royal Academy of Music and in 2015 they recorded a CD with Bach’s flute sons. In 2015, a CD was released with Bach’s 2-4 cembalical concerts, where Marcus is a soloist, together with Trevor Pinnock, Lars-Ulrik Mortensen, Marieke Spaans and Concerto Copenhagen.

Marcus is with Camerata Øresund and his concerts with them are listed on their bio page. 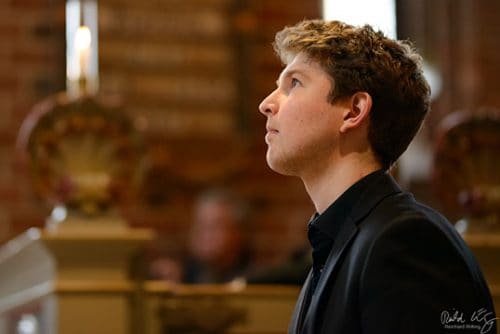