The SmetanaQ House is located in an historic townhouse in Prague. The houses were built in 1846 by the architect Berhard Grueber along the bank of the Vlatava River, designed in the classical style. Originally conceived as an apartment building, the house served a variety of different office functions in the 20th Century. In 2013 the building was damaged by an explosion and although expensive reconstruction efforts have allowed it to be used, part of the building is still inaccessible. It currently houses several art galleries and cultural spaces, including the Cermak Eisenkraft Gallery, which was founded in 2014 to deal primarily with Czech art.
http://smetanaq.cz/en/about/
https://cermakeisenkraft.com/ 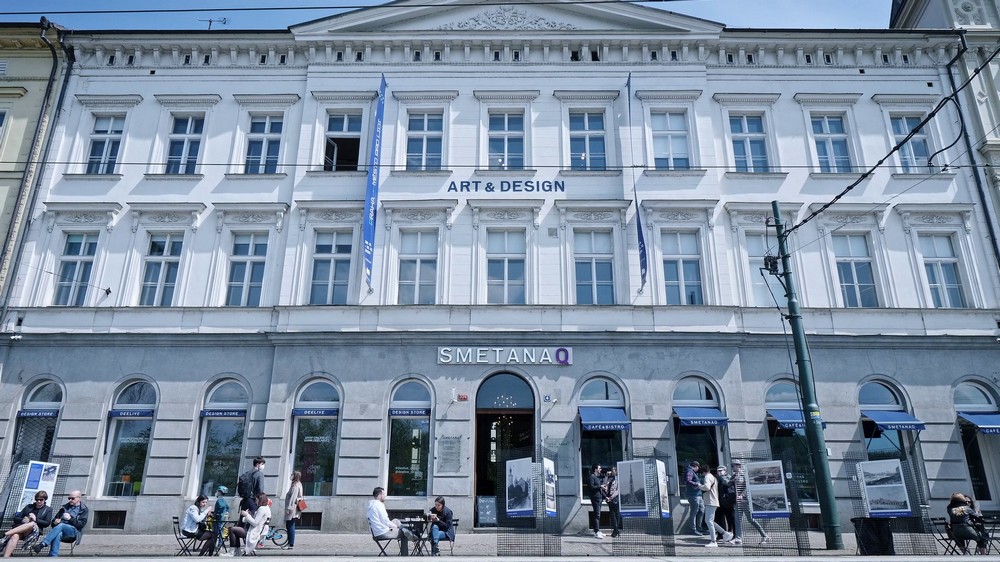