Join us for a special event on Poetry Day Ireland 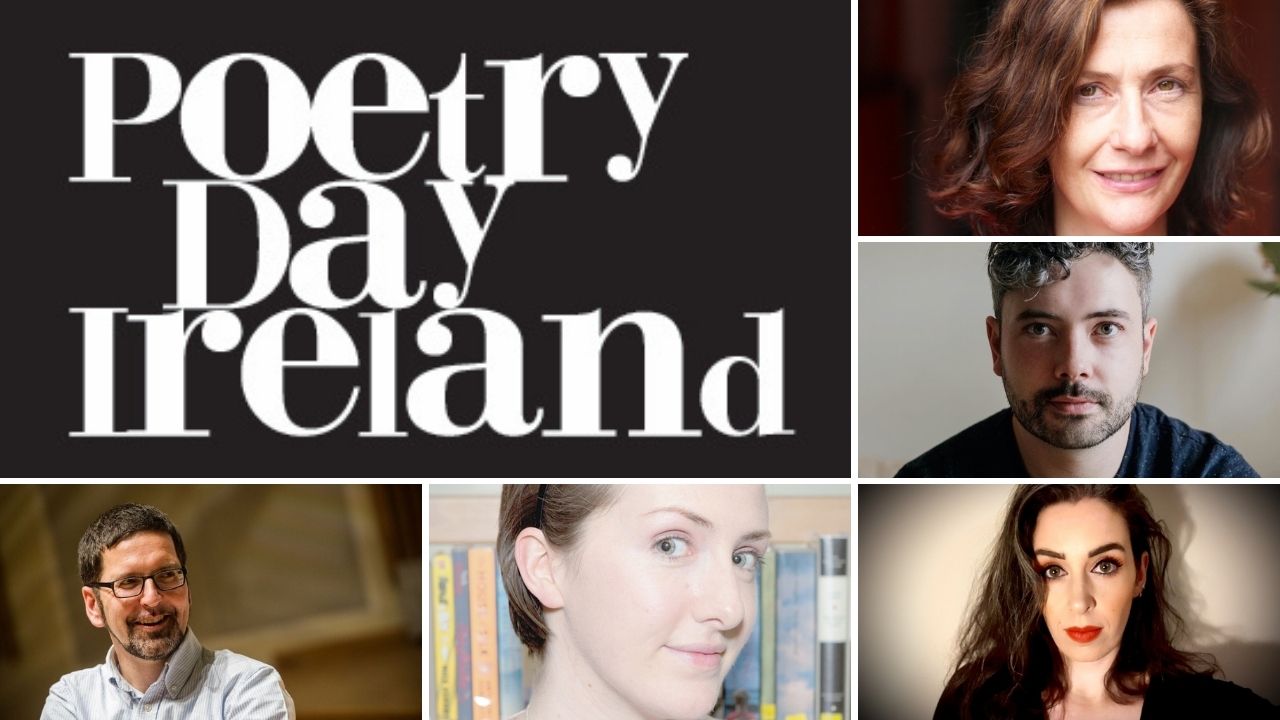 The Unlaunched Books podcast was set up in 2020 by Séan Hewitt, Victoria Kennefick and John McAuliffe to publicise new poetry collections that were missing out on launches due to lockdown. We are delighted to host a special video edition of the podcast to mark the publication of new poetry collections by Martina Evans, Victoria Kennefick, Aoife Lyall.

In Martina Evans’ American Mules, the eponymous mules are shoes brought to her as an exotic gift by an American relation. They suggest to her the possibility of a very different world, one which the poems’ speakers set out to explore. As happens so often in her poems, new and invented experiences throw into vivid relief Martina’s own intensely lived experiences. We revisit places her readers have encountered before—the radiography units of hospitals and their merciless work culture, in which the speakers must survive; a London densely populated by both human and animal characters whose colours and aspect she brilliantly evokes, and Burnfort, County Cork, with its bars and gossip and childhood complications, a subject of her lyrics.

Victoria Kennefick’s first collection, Eat or We Both Starve, draws readers into seemingly recognizable set-pieces – the family home, the shared meal, the rituals of historical occasions, desire – but Victoria forges this material into new shapes, making them viable again for exploring what it is to live with the past – and not to be consumed by it.

Aoife Lyall’s debut collection Mother, Nature explores the tragic and tender experiences of pregnancy and early motherhood, from ante-natal complications and the devastating pain of miscarriage to the overwhelming joy of healthy delivery and healthy infancy.

Seán Hewitt was born in 1990. He previously held a postdoctoral position at University College Cork and now lectures in English literature at Trinity College Dublin. Seán is a book critic for the Irish Times. He won a Northern Writers’ Award in 2016, the Resurgence Prize in 2017, and an Eric Gregory Award in 2019. Tongues of Fire, his debut collection of poetry, was published by Cape in April 2020 and was shortlisted for the Sunday Times Young Writer of the Year 2020. He founded the Unlaunched Books podcast in 2020 with Victoria Kennefick and John McAuliffe.

John McAuliffe’s The Kabul Olympics was published by The Gallery Press in April 2020, around the time he founded Unlaunched Books with Seán Hewitt and Victoria Kennefick. John grew up in Listowel, Co Kerry and now lives in Manchester, where he teaches poetry at the University of Manchester’s Centre for New Writing and works as Associate Publisher at Carcanet Press.