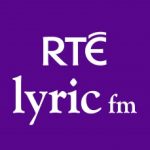 On behalf of the board and staff of West Cork Music, which promotes the West Cork Chamber Music Festival, the West Cork Literary Festival and the Masters of Tradition in Bantry, we wish to express our alarm at the threat to the future of RTÉ Lyric fm.

West Cork Music has had a long and mutually rewarding partnership with RTÉ Lyric fm, dating back to the days of FM3 Classical Radio, the original classical music station which was broadcast through Radio na Gaeltachta and from whose ashes, Lyric was born.

In a way WCCMF and Lyric grew up together. Both were proof that the country was prepared to support niche artforms of indisputable value with dedicated but small audiences. The axing of RTÉ Lyric fm would lead to a domino effect of collateral damage, which would include WCCMF and our other festivals.

A vital support to music making in Ireland, the radio station offers much more than entertainment. Many musicians owe their careers to Lyric and its excellent presenters  who have been bringing new voices and musical experiences to the attention of their audience for twenty years. Crucial airplay has been given to minority voices and a diversity of music, which would never have been heard elsewhere on Irish radio.

The station’s budget is tiny – last year it cost €6.6m, just 1.96% of RTÉ’s total income – and so we fail to understand the arguments for its closure. It is by far the least funded of RTÉ’s four main radio stations and yet reaches nearly 6% of the population. More than 270,000 listeners tune in each week for an escape from the usual fare of news, sport and pop music. Without Ireland’s music and arts channel, what is there to meet the needs of Ireland’s cultural world?

What You Can Do

We urge you to take action to protect the radio station and the heart of culture in Ireland because, if you wish to keep RTÉ Lyric fm, you must be prepared to defend it.

Here’s what you can do: