I approached this interview with Brigitte Shelswell-White thinking that it would be about our sense of smell. I had encountered Brigitte during my time volunteering at the gardens in 2018, and had thought of the garden as her space, the flowers as her offspring. After meeting with Brigitte at Bantry House in early February, and through subsequent conversations by email, I realised that she embodied our sense of sight. James Wood, the literary critic, writes about the “serious noticer” in his work and for me, Brigitte is an ambassador of observation, insight and in her I met a natural storyteller, who notices with purpose and a vivid sense of humour. 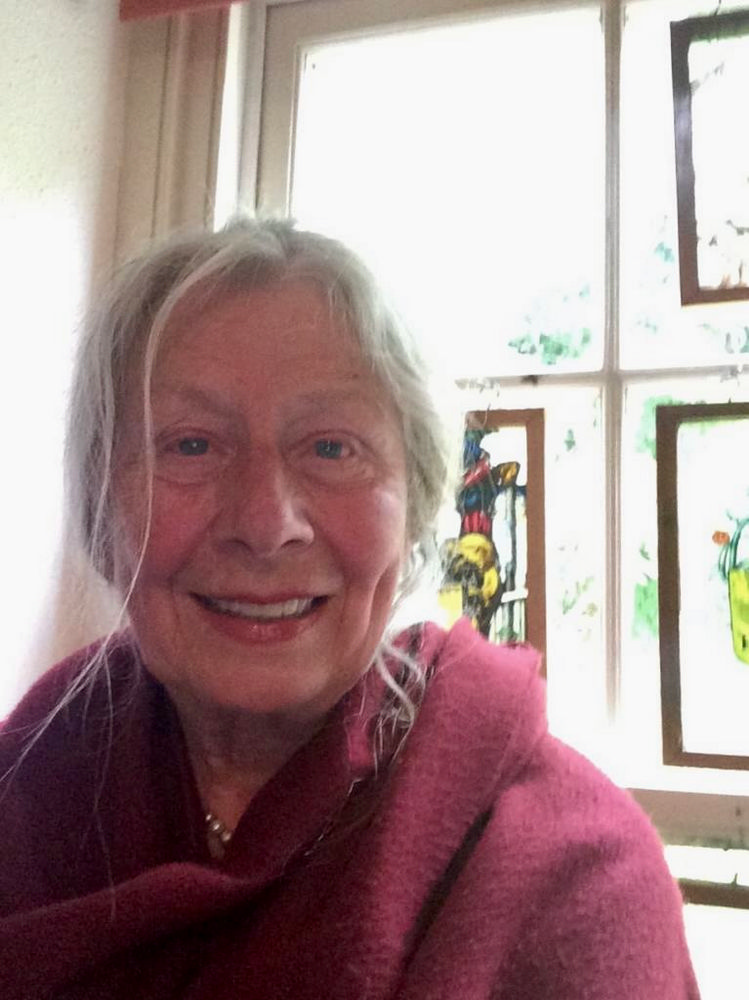 A stranger not for long. I’m the youngest in a family of five children. Because of the war, my father moved us away from Vienna to a small village in the mountains. In a way, we were strangers there. We returned to Vienna in 1951 and I felt like a country girl. After my father’s death, I felt less at home and I didn’t fit into my friends’ ‘normal’ lives. I travelled, learnt new languages and ended up in Ireland, never quite completely belonging, but not thinking of myself as a stranger either. It never occurred to me to think of others as strangers or even to consider myself one. So a stranger is a stranger not for long because I would like to get to know them.

What’s the strangest thing about your job?

I’m a picture restorer by trade, and the work in Bantry House is somehow similar, but on a different level, since the house and garden are much bigger canvases. There is more cleaning involved than I’m capable of. It’s strange because people think that it’s all glamour. We take on every role in the house; butler, housekeeper, gardener so I’m constantly changing positions. There are moments of glamour of course, when the wisteria is flowering, and the sun is shining but it’s a lot of graft and has its shadows.

I emigrated to Canada when I was 25. I had a Canadian boyfriend who was an artist and we decided to move to Ireland in the late 1970s as Charlie Haughey had developed tax incentives for artists living here. It was strict then and you had to prove that you were self-sufficient. We came by pure chance to Ballylickey and after a while I met my husband, Egerton Shellswell-White who had returned to Bantry House after the death of his mother in 1978. The estate was much bigger then. Egerton thought of selling Bantry House, but he decided to take it on. Even though the house has many challenges, it’s difficult not to fall in love with it.  It’s a catch though, because no matter what you do, it’s never enough.

Which room of your house do you feel most comfortable in?

The kitchen because everything happens there. Our kitchen is in the middle of the house and we brought up our four children in our flat. The kitchen is large and yes, I loved it. There is a Rayburn solid fuel range, a large round table to eat at and another big table to do everything else on. There are three windows in the kitchen overlooking the garden, fields and a bit of the sea. It was lovely.

There’s a knock on the front door, who would you like it to be?

I live in town now, in the Gate Lodge. To see one of my children is always nice, or the postman who is always welcome.

There’s a knock on the back door, who would you like it to be?

The gardener. In the big house, I might not hear anyone knocking! In the Gate Lodge I don’t really have a back door but I have my kitchen window and people knock on that and sometimes give me an awful fright. So yes, I love if it’s Adam the gardener and then we can have a chat and plan what work need to be done. Or my niece Lynette and we might go for a walk.

I picked a card you sent me when you left Bantry in 2018. I really love it and that’s why I kept it hanging on its string in my kitchen. It’s a picture of the trees from the avenue in the garden. What I liked about it is that you took the time to send it, because you remembered me, and we hadn’t met much when you were volunteering in the garden. 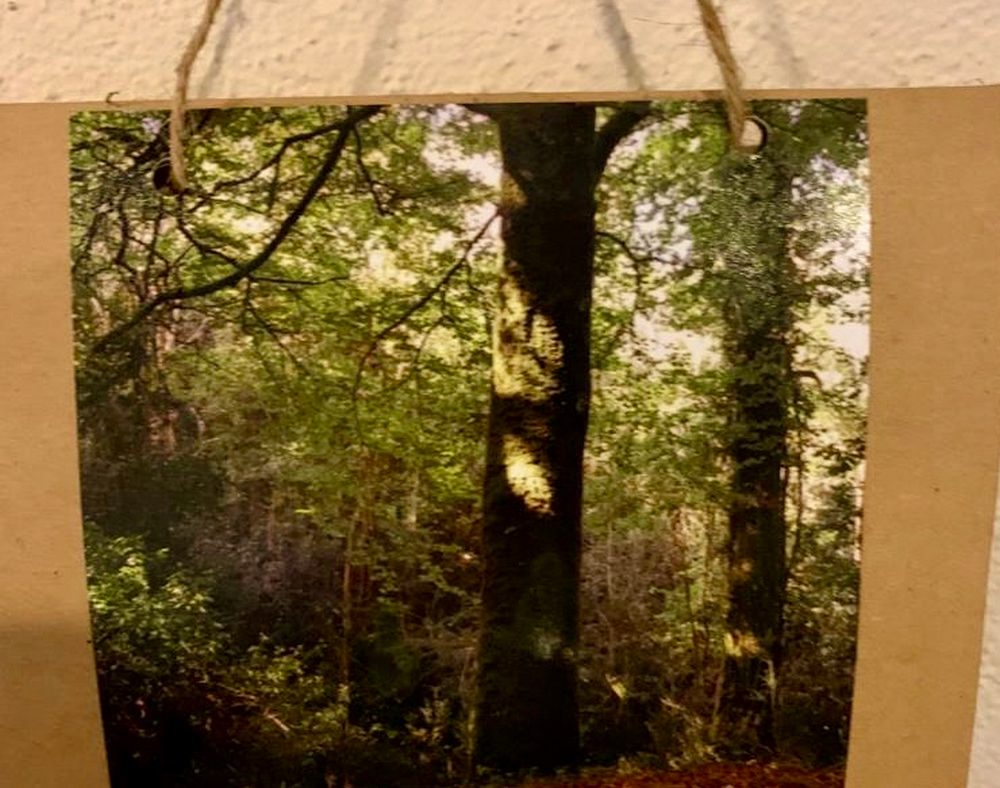 Daisy, Sam’s dog. I borrow Daisy every day. She’s the most wonderful dog and we all love her, and I can honestly say that I adore her. She has the sweetest nature and is a huge asset to our lives. 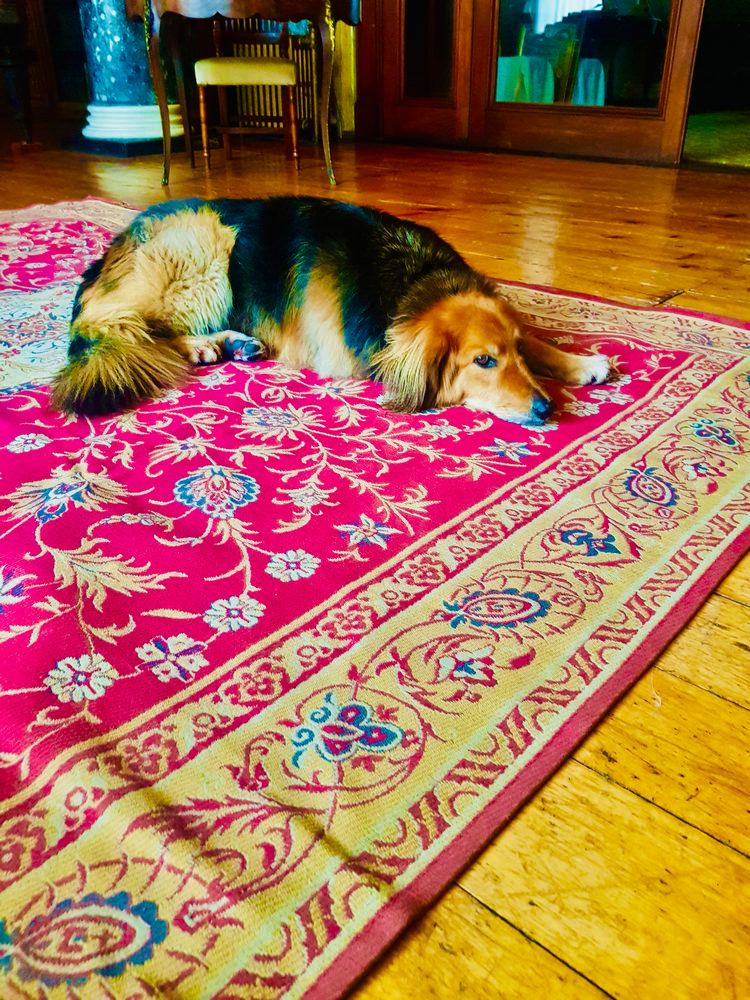 I chose a scarf from Forest & Flock because of how it felt to touch. It’s soft, warm and beautiful. 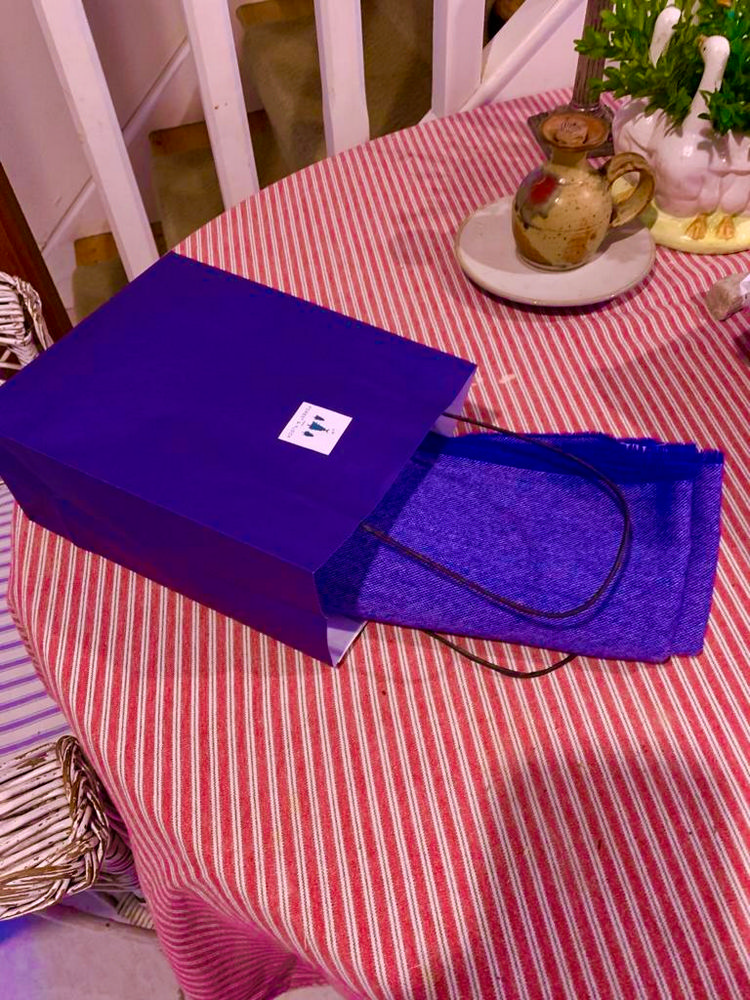 This is a book called Nora’s Story about a maid who worked in Bantry House in the early 1900s. The story was originally sent to us by a descendant of Nora’s living in America. I asked the graphic designer, Jenny Dempsey, to make it into a little book for which I wrote a short introduction. You can read more about the process and all about Nora’s story here. 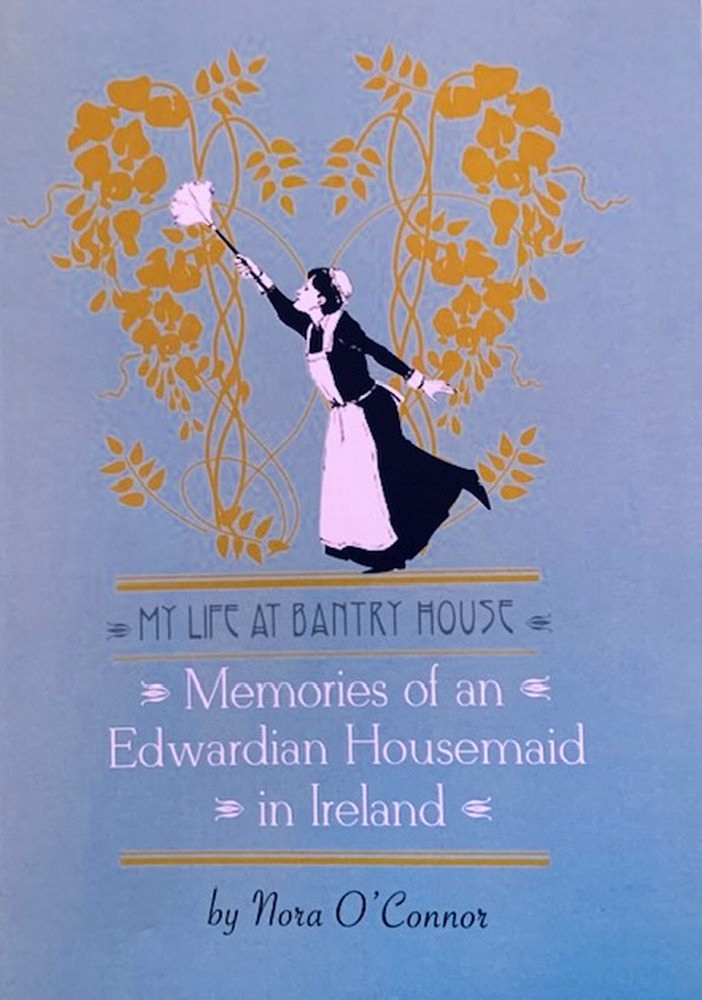 Thanks also to Julie Shelswell- White, Manager of Bantry House for her help in making this interview possible.