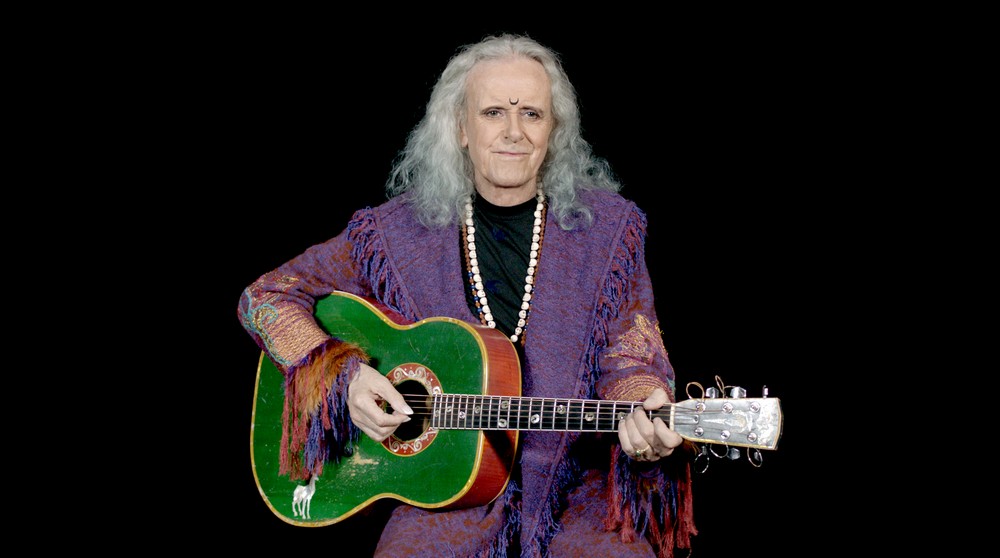 West Cork Music is delighted to announce that Donovan will be appearing at the Masters of Tradition in Bantry.

Donovan will perform a unique solo set with his friend, guitarist Steve Cooney and his grandson Joolz Jones as guests.  It will be broadcast on Masters of Tradition’s Vimeo page on Saturday 22nd August at 8pm. Tickets for this broadcast are €10 and the booking can be made on Vimeo as soon as the concert is uploaded. If you would like to pre-book this online concert, you can ring the Festival office on +353 (0) 27 52788.

Donovan says, ‘ I am honoured to be invited to perform at Martin Hayes’ important festival and that I am recognised by my Peers as a Gaelic Bard. The Gaels are back, be amazed!”

He will perform a mix of traditional-influence songs and his hits which include Catch The Wind , Colours, Universal Soldier, Sunshine Superman , Hurdy Gurdy Man, Jennifer Juniper , Lalena and Mellow Yellow.

Donovan’s new album ECO SONG is now available from from his website.

Artistic Director, Martin Hayes, usually features throughout the festival. Due to travel restrictions he will not be able to attend in person this year, but will be present virtually on screen.

With indoor gatherings currently restricted to a maximum of 50 people, there will be limited tickets available for each of the three live concerts in the Maritime Hotel. Covid regulations will be meticulously observed and ticket-holders will receive detailed guidance on the latest safety procedures. Each concert will also be filmed and made available for streaming.

The musicians will also revive the secret concert series and will create a series of films in favourite locations such as Bantry House, Whiddy and Garnish Islands and Future Forests that will be streamed during the Festival. More details of these streamed concerts will be announced nearer the time.

West Cork Music would like to thank the Arts Council, Cork County Council and Failte Ireland for the generous funding which has enabled Masters of Tradition to take place this year.