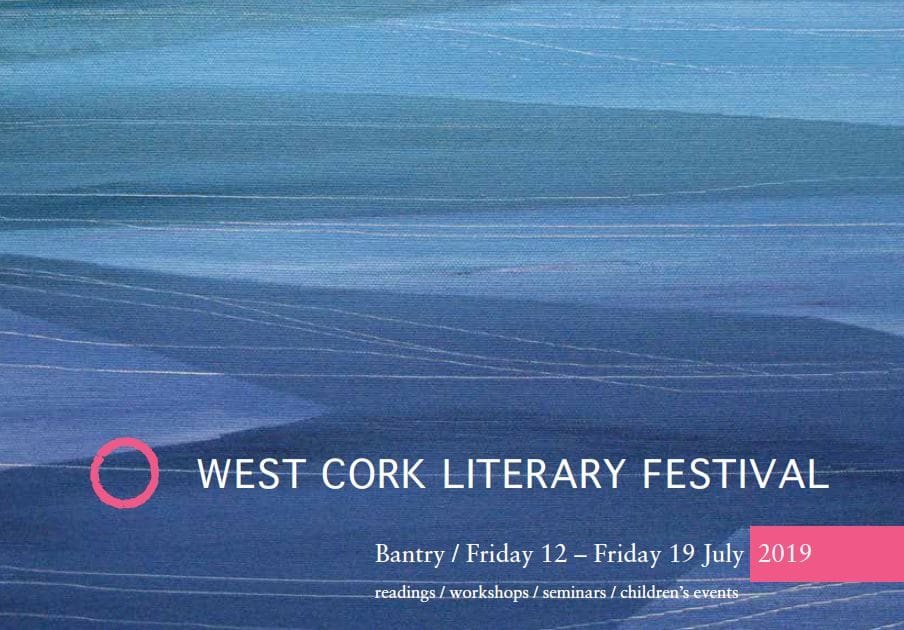 The festival, which has been running for 21years, started as a fringe event of its sister event, West Cork Chamber Music Festival, and it quickly became apparent that there was an appetite for a separate festival.

Festival Director, Eimear O’Herlihy said, “whether you love crime novels or poetry or nature writing or historical fiction, I want to make sure there is something in the programme that will appeal to you and if you want to develop your own writing skills what better way than a five day workshop in West Cork this summer.”

Bantry is a perfect Festival town in that it is big enough to have a choice of great restaurants, bars and hotels, but small enough that visitors and locals alike can’t but notice that a festival is happening and small enough for there to be an intimate atmosphere and real interaction between audiences and writers.

Eimear says that for this year’s festival she put together an eclectic mix of new discoveries and old favourites, Irish and international writers, novelists, poets, food writers, essayists, historians, short story writers, memoirists and writers for children and young people, “I am always delighted to introduce new writers and those who have just published their first novel or collection and it seems like the past year has been an incredible time for debut writers with so many exciting writers joining the literary stage.”