We could not let the Festival dates pass by without creating some concerts for all our supporters, whose generosity has kept the idea of the Festival alive. The Festival musicians are of course all over the world so we had to be quite inventive to find ways of bringing them together, also bearing in mind that most of them have not given a live concert since February or March. The combinations of geography and travel regulations made it impossible to gather in some musicians.

The ten concerts will be streamed to your inbox one each evening from June 26 to July 5. They will feature four Quartets, Dudok, Pacifica, Signum and Doric; soloists will include Vadim Gluzman and Angela Yoffe, Anna Fedorova, Dana Zemtsov and Mairéad Hickey, Bram van Sambeek and Rick Stotijn, Rosanne Philppens and Sobhán Doyle and Alina Ibragimova and Alasdair Beatson. Each concert will be professionally filmed and recorded; instead of being in Bantry we will find ourselves in Amsterdam, London, Bremen, Paris, Chicago and Indiana. 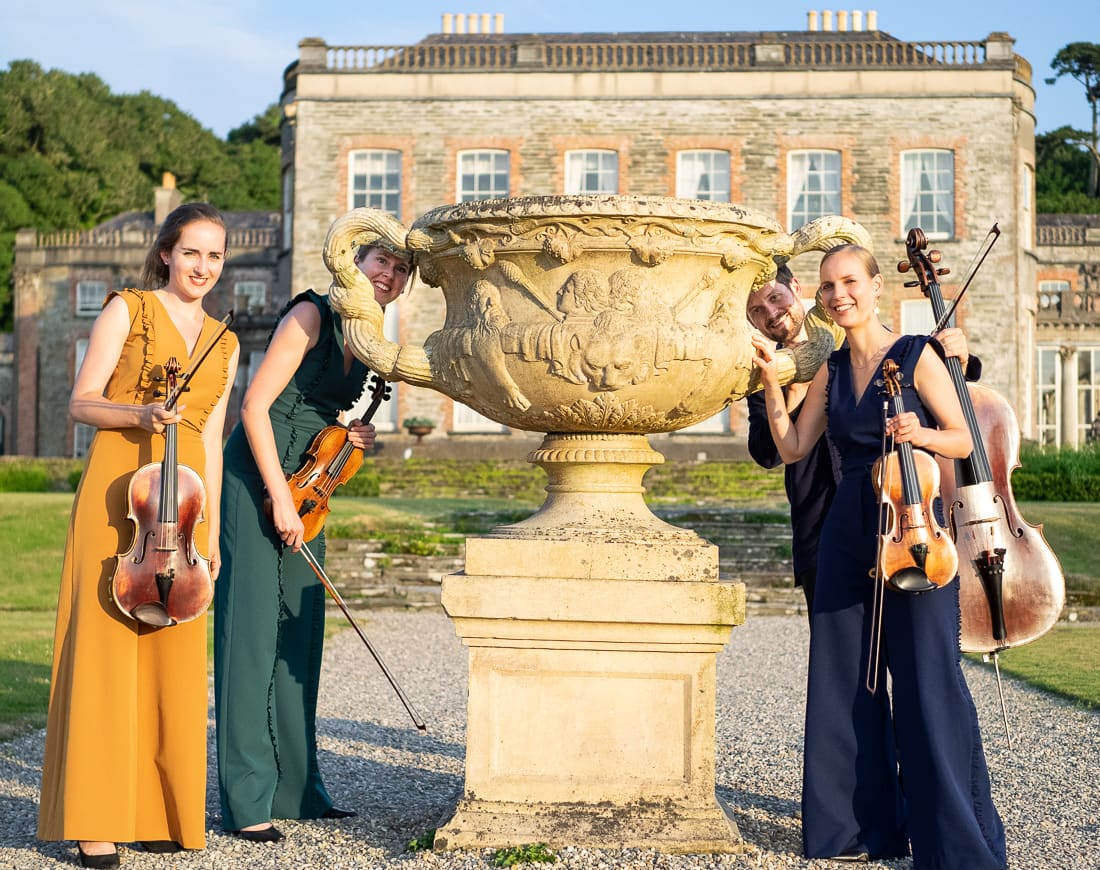 Listen back to RTÉ lyric fm's recording from our 2019 festival

Some time ago we promised you some improvements in the search facility of the Festival Archive. This was also a saga, but it is now in place. There are drop down lists that enable you to select any artist and any composer whose work was featured in our Festival. The recordings are courtesy of RTÉ Lyric fm, who have been firm supporters of the Festival since the beginning. There are over 800 recordings so you have plenty of choice.

My choice for this week from last year’s Festival is the staggering late night performance by Dénes Várjon of Beethoven’s majestic Hammerklavier Sonata. His performance grips you by the throat from those demonic opening chords to the final  bars of the massive fugue, so do not press Play unless you have a full 45 minutes to spare. Beethoven designed this gigantic Sonata to be grander, more elaborate and more imposing than any previous sonata bar none. Várjon’s performance matches Beethoven’s vision every step on the journey.

Find out more and listen to the recording of Beethoven’s Piano Sonata No.29 in B flat major Op.106, ‘Hammerklavier’, here.

You’ll find all our Music Archive releases here – keep coming back to see the new additions!