Join us for the launch of I Want to Know That I Will Be Okay, a collection of short stories by award-winning writer Deirdre O’Sullivan. This is her first book for adults and Deirdre will be in conversation with fellow writer Louise O’Neill. 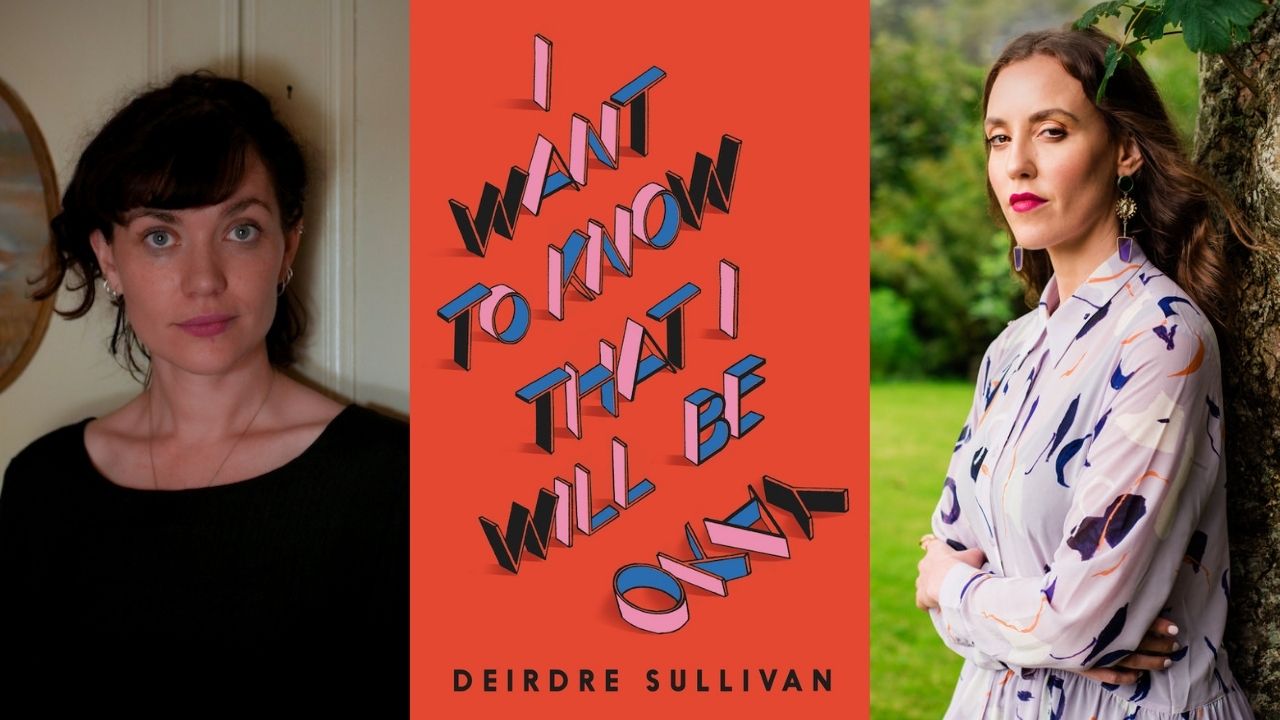 In I Want to Know That I Will Be Okay, a dark and glittering collection of short stories, Deirdre Sullivan explores the trauma and power that reside in women’s bodies. A teenage girl tries to fit in at a party held in a haunted house, with unexpected and disastrous consequences. A mother and daughter run a thriving online business selling antique dolls, while their customers get more than they bargained for. And after a stillbirth, a young woman discovers that there is something bizarre and wondrous growing inside her. With empathy and invention, Sullivan effortlessly blends genres in stories that are by turns strange and exquisite. Already established as an award-winning writer for children and young adults, I Want to Know That I Will Be Okay is Deirdre’s first book for adults and it marks her arrival as a captivating new voice in literary fiction.

Deirdre Sullivan is a writer and teacher from Galway. She has written seven acclaimed books for young adults, including Savage Her Reply (Little Island, 2020), Perfectly Preventable Deaths (Hot Key Books, 2019), and Tangleweed and Brine (Little Island, 2017). She was the recipient of the CBI Book of the Year Award in 2018 and the An Post Irish Book Award in 2020. Her short fiction has appeared in Banshee and The Dublin Review. In 2020 Deirdre took part in West Cork Literary Festival’s interview series whereby teenagers interviewed three writers about their work, in partnership with West Cork Music and Graffiti Theatre Company as part of our ReadOn programme. I Want to Know That I Will Be Okay is Deirdre’s first collection of short stories for adult and it will be published by Banshee Press in May 2021.

Louise O’Neill grew up in Clonakilty, a small town in West Cork, Ireland. Her first novel, Only Ever Yours, was released in 2014. Only Ever Yours went on to win the Sunday Independent Newcomer of the Year at the 2014 Bord Gáis Energy Irish Book Awards; the Children’s Books Ireland Eilís Dillon Award for a First Children’s Book; and The Bookseller‘s inaugural YA Book Prize 2015. Louise’s second novel, Asking For It, was published in September 2015 to widespread critical acclaim. She went on to win the Specsaver’s Senior Children’s Book of the Year at the 2015 Irish Book Awards, the Literature Prize at Irish Tatler’s Women of the Year Awards, and the American Library Association’s Michael L. Printz award. Asking For It was voted Book of the Year at the Irish Books Awards 2015 and spent 52 consecutive weeks in the Irish top 10 bestseller list. The New York Times called it “riveting and essential” and The Guardian named Louise “the best YA fiction writer alive today.” Both novels have been optioned for screen. Louise’s first novel for adults, Almost Love, was published in March 2018, followed shortly by The Surface Breaks, her feminist re-imagining of The Little Mermaid which was released in May 2018. Her second novel for adults, After the Silence, was published in September 2020 and won the Crime Novel of the Year at the Irish Book Awards. It has been optioned for screen by Tiger Aspect.