Bachtrack: Hickey and Milstein get the WCCMF off to a terrific start

Bachtrack: Hickey and Milstein get the WCCMF off to a terrific start

“Hickey unfurled the delicate tendrils of her melody to stunning effect” 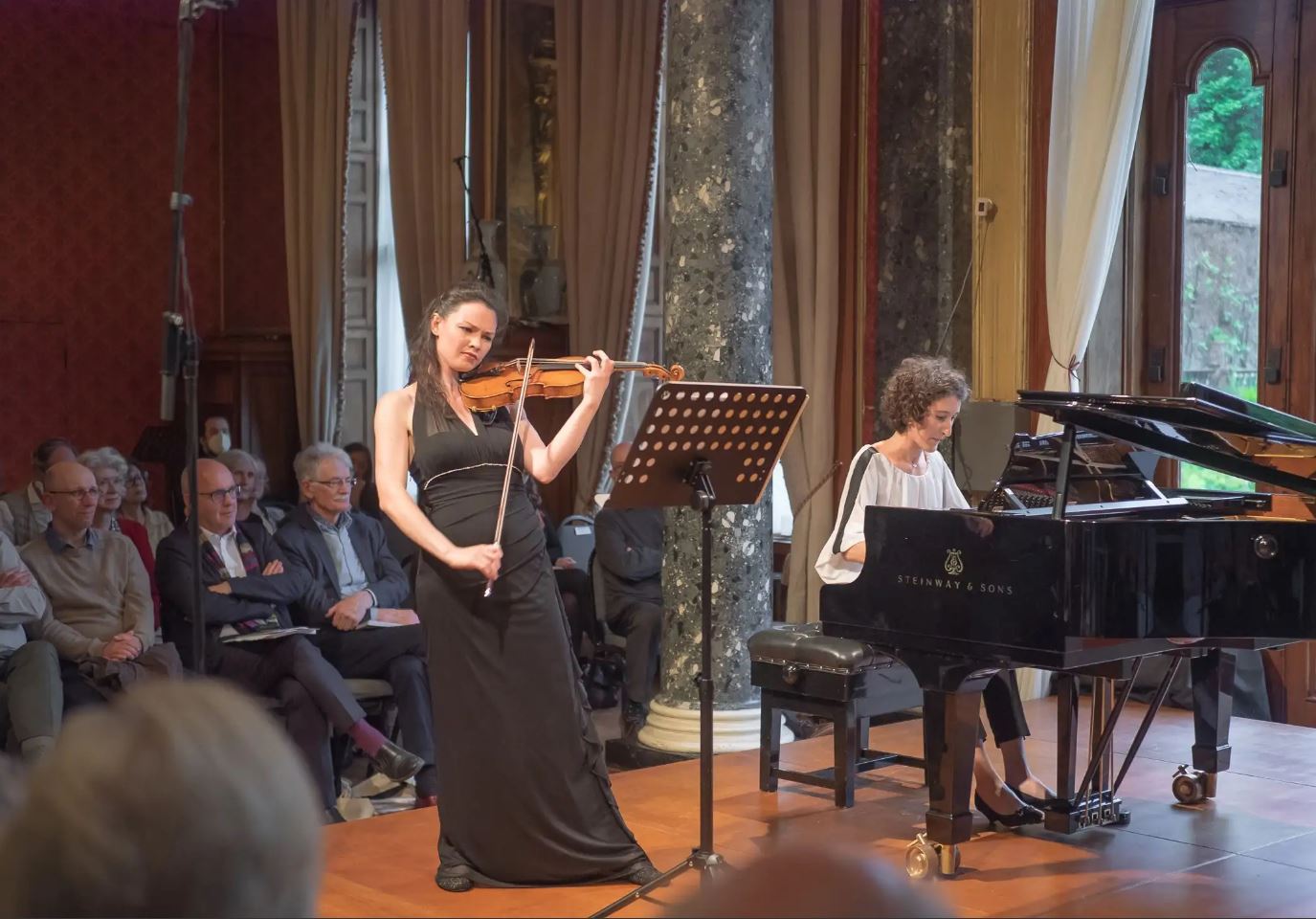 As June generally marks the ends of the concert and opera seasons, it also denotes the start of a myriad of music festivals. In the southwest corner of Ireland there is a gem, the West Cork Chamber Music Festival – ten days of chamber music in the picturesque town of Bantry, County Cork. The opening concert took place in the Palladian splendour of Bantry House, which looked enchanting despite the fine, misty rain. As the festival director Francis Humphrys stated before the concert, despite Covid restrictions being well and truly over it still can affect planning. The originally scheduled Pavel Haas Quartet was forced to cancel as a result of the virus, and so the recital featured instead the fine duo of Irish violinist Mairéad Hickey and French pianist Nathalia Milstein.

Right from the opening salvo of Mozart’s charming 6 Variations in G major on “Hélas J’ai perdu mon amant”, Hickey and Milstein illustrated a terrific rapport, with beautifully polished phrases being passed from one to another. Delivering the first variation with great poise, Hickey impressed with her rich, ample tone. Milstein knocked back the virtuoso arpeggios of final variation with restrained passion never once dominating her partner’s melody.

Janáček began composing his Violin Sonata weeks before the outbreak of World War 1, though it was not fully completed until 1921. Like many Czech nationalists, he had the hope that the Russians would free them from Austrian rule. Much of the material for this sonata is based on the dramatic confrontation between two opposing musical ideas. Hickey and Milstein highlighted this contrast well in the opening Con moto movement. The sense of urgency was well captured on the piano with trills and tremolandos and, on the violin, with Hickey’s quivering, intense vibrato, while both exuded a sense of calmness in the second theme. Milstein provided a rippling accompaniment in the Ballada as Hickey unfurled the delicate tendrils of her melody to stunning effect. Such a harmonious atmosphere was dispelled with the brusque and vigorous interjections from the violin in both the third and final movements. Milstein and Hickey built to a huge and sumptuous climax, Hickey dishing up the melody in a rich, fulsome tone high on the G string before finishing the piece in an air of mystery.

While Richard Strauss was the most contemporary composer featured on the programme, his Sonata for violin and piano in E flat major was written in his youth (1887) and dates from the period when he met and fell in love with Pauline de Ahna, who would later become his wife. This probably explains the lush romanticism that imbues this sonata, something Hickey in particular seemed to revel in. Milstein met the demands of the challenging leaps of the first movement with all the sure-footedness of an unusually dexterous Chamonix goat. The duo made a beautiful contrast between the still, reflective moments and those periods of great rhythmic vitality. The improvisatory second movement featured Hickey’s soft, seductive melody, one phrase melting into the next until at last all we were left with were vibrations hovering in the air. There were moments too in the finale, particularly in the C major section, where Hickey’s vibrato was Heifetz-esque, mesmerisingly intense, soaring on the high notes to bring the sonata and the recital to a magnificent conclusion.