Born in London into a musical family, cellist Vashti Hunter is currently based in Berlin and enjoys a versatile career as a soloist and chamber musician, being invited regularly to play in some of the world’s leading music festivals and concert halls. She is the first British cellist ever to be awarded a prize at the International Cello Competition ‘Prague Spring’ in its 65 year history.

Vashti has performed in prestigious halls throughout Europe, including the Wigmore Hall in London, the Liszt Academy Grand Hall in Budapest, Schoenbrunn Palace in Vienna, Rudolfinum Prague, Salle Moliere in Lyon, the Philharmonie and the Pierre Boulez Saal in Berlin. She has played as a soloist with orchestras such as the Kodaly Philharmonic Debrecen, Göttingen Symphony Orchestra, Südwestdeutsches Kammerorchester Pforzheim, Southbank Sinfonia, Pilsen Philharmonic and CHAARTS under the batons of conductors such as Gabor Tákács- Nagy, Alexander Lonquich and Antonello Manacorda. Much in demand as both soloist and chamber musician, Vashti has been invited to important festivals such as Festival Academy Budapest, Lockenhaus, Ernen, Davos, Heidelberger Frühling, Festspiele Mecklenburg-Vorpommern, Prussia Cove Open Chamber Music UK, Boswiler Sommer, Shanghai Chamber Music Festival and BANFF in Canada. Chamber music partners include Steven Isserlis, Ferenc Rados, Martha Argerich, Ivry Gitlis, Pekka Kuusisto, Nicolas Altstaedt and Vilde Frang. She was recently invited to stand in for cellist Clemens Hagen at a performance at the Kronberg Academy in Germany, performing with pianist Kirill Gerstein and violinist Ilya Gringolts.

In 2010 Vashti co-founded Trio Gaspard together with Greek-Albanian violinist Jonian Ilias Kadesha and German-British pianist Nicholas Rimmer. The piano trio has won first prizes in the ‘Haydn’ and ‘Joachim’ international competitions and perform regularly in some of the world’s most important halls. They record exclusively for the British label, CHANDOS where they will record all 46 Haydn trios over the next 5 years. Future plans include a residency at the Wigmore Hall in 2023/24, repeat performances at Berlin’s Boulez Saal and recitals in Glasgow,
Helsinki and the Sage Gateshead. 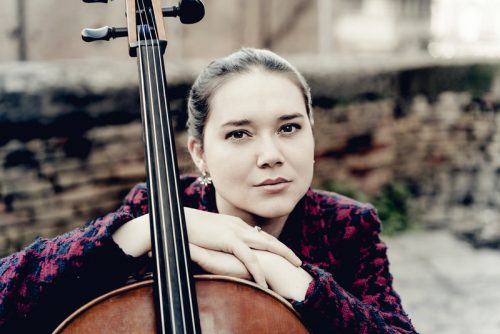