German harpsichordist, fortepianist and organist Michael Borgstede has been described as one of the most exciting virtuosos of his generation on historical keyboard instruments. As a soloist and member of the chamber music ensemble Musica ad Rhenum, he has toured most of Europe, the United States, Asia, South America and the Middle East and performed at the most prestigious venues and festivals. Michael Borgstede is professor of harpsichord and Basso Continuo at the Hochschule für Musik und Tanz in Cologne.

His two dozen CD productions have all met with wide critical acclaim. His debut recording of the 4 Livres de Pièces de Clavecin by Francois Couperin on 11 CDs won the prestigious Gramophone Editor’s Choice. The Dutch newspaper de Volkskrant described it as „a real treasure box“ and the American magazine Fanfare stated there was „no excuse for not investing in an issue that will provide rich rewards for many years to come.“ No less enthusiastic was the reaction to the four CD set with harpsichord suites by Georg Friedrich Händel, which was hailed by the German and Spanish magazines Fono Forum and Scherzo alike as „a new reference recording“. Michael Borgstede’s last solo recording with the Complete Harpsichord Works by father and son Forqueray was awarded a Diapason d’Or – as was his collaboration with traverso player Jed Wentz in Johann Sebastian Bach’s flute sonatas and Musical Offering.

In his recordings as well as in live performances Michael strives for contrast and drama, for an interpretation which does justice to the rhetoric and affect of Baroque music. Apart from his extensive concert activities he has taught at several institutions and is regularly invited to give masterclasses and lectures on aspects of Historical Performance Practice. 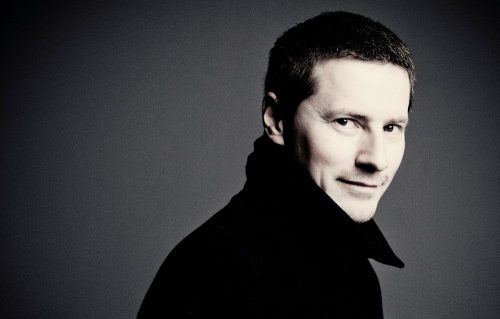