As a soloist Mairéad has performed with the RTÉ Irish National Symphony Orchestra, RTÉ Irish National Concert Orchestra, Hessicher Rundfunk Sinfonie Orchester, Württembergisches Kammerorchester, Philharmonisches, Staatsorchester Mainz, Kremerata Baltica, the Chamber Orchestra of Europe , Camerata Ireland and with conductors such as Christoph Eschenbach in some of the major halls around the world.  Her Carnegie Hall debut was described as ‘…magical, penetrating to the heart and soul of the music.’ (New York Epoch Times)

Mairéad is the concertmaster of the Orchestre National des Pays de la Loire.

Her love of chamber music led her to co-found the Ortús Chamber Music Festival in 2016 in her native Cork, of which she is Artistic Director.

Mairéad was Irish NCH Young Musician of the Year 2010 – 2012.  As well as winning prizes at renowned Irish competitions, she won third prize as well as a Special Prize for the best interpretation of a virtuoso work at the 2016 International Louis Spohr Competition and first prize in the Jeunesses Musicales Violin Competition, Romania 2012. In 2017 she was awarded a Special Prize in the Berliner International Music Competition and the Manhattan International Music Competition.  She was awarded the André Hoffmann prize at the Sommets Musicaux de Gstaad in January 2022 for her interpretation of the world premiere performance of Wolfgang Rhim’s ‘Episode’.

Born in 1996,  Mairéad began playing the violin at the age of three with Jyrki Pietila.  From 2003 to 2014 she studied with Adrian Petcu at the CIT Cork School of Music, Ireland and spent a year in France studying at the Conservatoire de Nantes with Constantin Serban.  In 2020 she graduated with a Masters in Performance from Kronberg Academy where she studied with Mihaela Martin, sponsored by the Hilmar Kopper Stipendium. 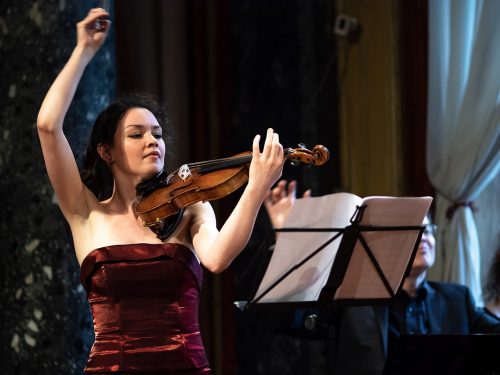