Praised by The Guardian for her “irrepressible sense of drama and unmissable, urgent musicality”, Australian mezzo-soprano Lotte Betts-Dean is passionate about curation and programming, with a broad repertoire that encompasses contemporary music, art song, chamber music, early music, opera, oratorio and non-classical collaborations.

A versatile and sought-after artist, Lotte has established herself as a leading interpreter of new music, having given the world premieres of over 30 works and performed at many of the major festivals and venues around the UK, in Australia and internationally. Performance highlights include her debut with Melbourne Symphony Orchestra and Sir Andrew Davis in Stravinsky Perséphone, Dean Hamlet (State Opera of South Australia) Pirates of Penzance (Opera Holland Park) and Pierrot Lunaire (Manchester Collective), a work she will be repeating next year in Köln and Brisbane. Recent 21-22 recital appearances include Festival Musica Sacra Maastricht, Festspiele Mecklenburg-Vorpommern, the Aldeburgh, Swaledale, Llandeilo and Petworth Festivals, Britten Pears Festival of New, West Cork Chamber Music Festival, Festival Llums D’Antiga Barcelona, and the Australian Festival of Chamber Music. Recent operatic work includes Dido and Aeneas (Sorceress) for International Bach Festival Gran Canaria and Theodora (Irene) at Muziekgebouw Amsterdam, and this season sees her Swiss debut at Grand Théâtre de Genève in Shlomowitz’ Electric Dreams.

Lotte also won the 2017 Peter Hulsen Orchestral Song Award, the inaugural 2018 Musician’s Company New Elizabethan Award, and most recently, the 2020 Overseas Prize and the 2020 Audrey Strange Memorial Prize for an outstanding singer at the Royal Over-Seas League Competition. Lotte reached the semi finals of the 2017 Das Lied International Song Competition in Heidelberg as well as the 2017 Wigmore Hall Song Competition alongside pianist Hannah Harnest. Prior to moving to London, Lotte won several awards and competitions in Australia including the Acclaim Awards MCM Prize (2014), the Royal Melbourne Philharmonic Aria (2012), the Mietta Song Competition (2012) the National Liederfest (2012, 2017) and several prizes while a student at Melbourne Conservatorium.

Lotte is a graduate of the Royal Academy of Music (MA with Distinction) and the Melbourne Conservatorium of Music (BMus 2012), and also completed a Fellowship at the Australian National Academy of Music (ANAM) in 2014. She was recently named as an Associate of the Royal Academy of Music in the 2022 Honours, an honour reserved for alumni who have contributed significantly to the music industry. While at RAM, Lotte was a member of Song Circle and a soloist for the popular Bach Cantata Series, performed in masterclasses with Sir Thomas Allen, Bengt Forsberg and Dame Felicity Lott, and was supported by the Josephine Baker Trust. She has also studied in Milan (Accademia Teatro alla Scala), privately in New York, and at the 2016 Internationales Musikinstitut Darmstadt with Donatienne Michel-Dansac and the Vokalsolisten Stuttgart. Teachers and coaches have included Anna Connolly, Catherine Benson, Audrey Hyland and Caitlin Hulcup. Recent masterclasses as a Britten Pears Young Artist have included Dame Ann Murray, James Baillieu, Susan Manoff and Roderick Williams.

Her performances have been broadcast on radio around the world including BBC Radio 3, NDR Kultur, ABC Classic FM, and WQXR NY, and she was named one of Limelight Magazine’s Young Classical Stars 2021. She has been featured on several albums, including releases for NAXOS and Tall Poppies, and has four further albums due for release in 2023-24, on Delphian, Metier and BIS Records. 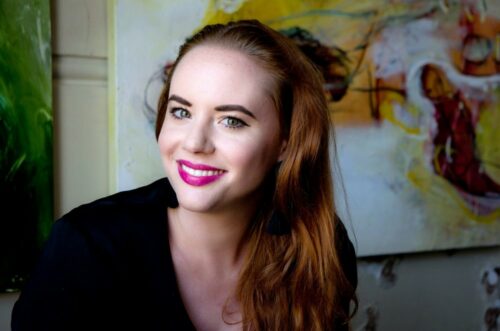