Caroline Melzer dazzles with her “clear, broad, and bright soprano“ (Eleonore Büning FAZ) and her unusually wide repertoire, ranging from big lyrical and jugendlich-dramatic roles to Operetta divas and contemporary works written specifically for her. She studied singing with Rudolf Piernay and Vera Scherr and song interpretation with Ulrich Eisenlohr and Irwin Gage.

Her first permanent engagement took the expressive singer to the Komische Oper Berlin in 2007, where she sang numerous roles such as Contessa, Fiordiligi, Mimì, Giulietta (Tales of Hoffmann), Lisa (Queen of Spades), Lisa (The Land of Smiles), Leonore in the first version of Fidelio, and Cordelia in Aribert Reimann’s Lear in the highly acclaimed new production by Hans Neuenfels. From 2010 until 2017 she was a permanent ensemble member at the Vienna Volksoper, where she sang the title roles in Rusalka and The Bartered Bride, as well as Micaela, Liù, and Sieglinde in Ring in one evening (arrangement by Loriot). In addition to her permanent engagements, Caroline Melzer made guest appearances as the First Lady at the Staatsoper Berlin and as the Merry Widow at the Festival Savonlinna, Finland; in the same role she made her Japanese debut in Tokyo in 2016. Most recently she appeared again on the stage of the Volksoper as Donna Elvira and as Giulietta in The Tales of Hoffmann, was heard at the Neue Oper Wien and at Müpa Budapest as Angel in Péter Eötvös’ Angels in America, and debuted the role of the Armed Woman in the world premiere production of Felix Leuschner’s Einbruch mehrerer Dunkelheiten at Staatstheater Kassel. She was a guest at the Munich Chamber Orchestra in 2022 with works by Schönberg and Zemlinsky. And she returns to the Ruhrtriennale after the successful world premiere of Michael Wertmüller’s D • I • E in 2021 with the production Ich geh unter lauter Schatten in 2022. This will be followed by concerts with Klangforum Wien in Tokyo and Tongyeong, before she makes her role debuts in Freiburg as Agathe in Weber’s Freischütz and Marie in Berg’s Wozzeck.

Contemporary music is a particular focus of her work. Of great importance are her collaborations with Aribert Reimann, who set the song cycle Rilke-Fragmente and the scene of Stella (Goethe) to music for her, with Manfred Trojahn (Zwetajewa and Nietzsche Lieder), as well as with Wolfgang Rihm on the occasion of the world premiere of the Zwetajewa Lieder and most recently the Nossack Lieder at the Elbphilharmonie Hamburg. In addition, she has given many other world premieres of works by Emanuele Casale, Seán Doherty, Deidre Gribbin, Stefan Heucke, Bernhard Lang, Jüri Reinvere, Vladimir Tarnopolski, Steffen Schleiermacher, and Kate Whitley. She also works regularly with pianist Axel Bauni, and ensembles such as Ensemble modern, musikFabrik, and Ensemble Intercontemporain. She passionately devotes herself to the vocal works of György Kurtág: in addition to the Kafka Fragments, which she performs together with the violinist Nurit Stark (the CD of which, released on the BIS label in 2015, has been awarded the German Record Critics’ Prize), she has performed many of the composer’s chamber music works with voice.

In the course of her activities as a lied and concert singer, Caroline Melzer has appeared in renowned European halls such as the Philharmonie Berlin, the Konzerthaus Berlin, the Wiener Konzerthaus, the Musikverein Vienna, the Concertgebouw Amsterdam, the Auditorium Grafenegg, the Kunstzentrum deSingel Antwerpen, the Cité de la Musique Paris, the Kölner Philharmonie, the Tonhalle Zürich, the Philharmonie Essen, the Konzerthaus Dortmund, deDoelen Rotterdam, Tchaikovsky Conservatory Moscow, the Town Hall Birmingham, and the Liederhalle Stuttgart. The complete recording of the Schumann Lieder will be completed on the Naxos label in April 2022, on which she is featured on two CDs. Caroline Melzer has worked with conductors such as Stefan Soltesz, Peter Rundel, Péter Eötvös, Helmuth Rilling, Christoph Poppen, Friedemann Layer, Konrad Junghänel, Patrick Lange, François-Xavier Roth, Alfred Eschwé, Jac van Steen, Frieder Bernius, and Michael Sanderling.
As of autumn 2022, she will be a principal lecturer in voice at the Zurich University of the Arts. 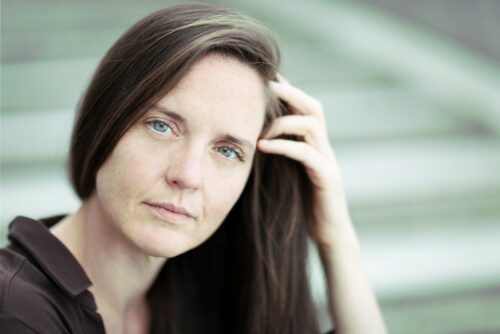