Irish soprano Anna Devin is widely admired for her “vocal control, artistry and musico-dramatic intelligence” (Opera News).  An alumna of the Royal Opera House’s Jette Parker Young Artist programme, the Royal Irish Academy of Music, Guildhall School of Music and Drama, and the National Opera Studio, Ms Devin has gained recognition across the world for her work in the Baroque and Bel Canto repertoire.

In 2022-23, Anna Devin will perform the title role in Lucia di Lammermoor in Hamburg as well as Fiordiligi in Cosi fan tutte with the Irish National Opera.

In recent years, Anna Devin’s successes have included Elisabetta in Maria Stuarda with the Irish National Opera; Almirena in Rinaldo with Glyndebourne on tour and Michal in Saul in Paris Théâtre du Châtelet; Melissa in Amadigi with Garsington Opera; Celia in Lucio Silla in Madrid; the title role of Semele with the Händel-Festspiele; Tusnelda in Arminio at the International Handel Festival in Göttingen; Michal in Saul at Glyndebourne and Cleopatra in Giulio Cesare for the Early Opera Company, in which her Cleopatra was described as: ‘one of the finest London has heard’ (Opera Magazine). She has sung Galatea in Acis and Galatea for Mozartwoche Salzburg; the title role in Handel’s Rodelinda with the Moscow Philharmonic; Nannetta in Falstaff and Lauretta in Gianni Schicchi for Covent Garden; Susanna in Le Nozze di Figaro for Welsh National Opera, Glyndebourne Tour and Scottish Opera; Sophie in Werther and Zerlina in Don Giovanni for Scottish Opera; la bergère Louis XV and la chauve-souris in L’enfant et les sortilèges for La Scala; Poppea in Agrippina for Opera Collective, Ireland; and Clotilde in Faramondo for Brisbane Baroque, which earned her the Best Supporting Singer in an Opera at the 2015 Helpmann Awards, Australia.

Other roles have included Governess in Turn of the Screw, la Comtesse Adèle in Le Comte Ory, Marie in La fille du Régiment, Morgana in Alcina, Gretel in Hänsel und Gretel and Ilia in Idomeneo.

In addition to her work on stage, Ms Devin is proud to be an Ambassador for the British Dyslexia Association. She has also been open with the public through the media and events about growing up with dyslexia, saying: “Being different is not a bad thing. Not fitting in with the crowd is a blessing as we all have our own journey, and being forced to find your own path brings originality.” She is passionate about nurturing new talent and gives masterclasses at the Royal Irish Academy of Music, Dublin, as well as coaching at the Royal Academy Opera Course, London. 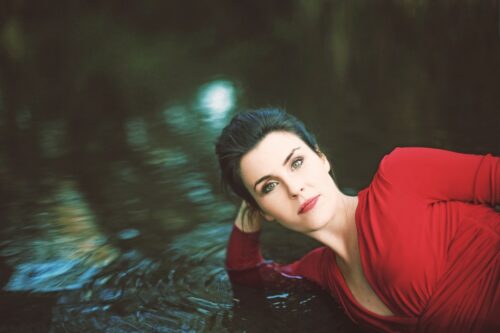