Yseult Cooper Stockdale enjoys a versatile career between the UK and Ireland. She has worked with both RTE orchestras, the Irish Chamber Orchestra, Welsh National Opera, Southbank Sinfonia and Bournemouth Symphony Orchestra. She loves performing as a chamber musician and had a spring tour in 2019 with the Alberi Piano Trio, including performances at Music for Wexford and the Crawford Summer Lunchtime Series. She has also been invited to play with Musici Ireland, Crash Ensemble, Ficino Ensemble and London-based Scordatura Collective. In 2018 she played at inaugural Beckett Chamber Music Festival and has also played as a young artist with the Britten-Pears Orchestra and at Bantry Chamber Music Festival and Chamber Music on Valentia. In 2018 her concerto performances included the Schumann Cello Concerto with the Cork Fleischmann Symphony Orchestra, and Beethoven’s triple concerto with Wexford Sinfonia. She has also performed as soloist in the NCH, playing Elgar, and in 2016 toured with the Esker Festival Orchestra performing the Dvoark concerto.

She has a keen interest in exploring new music, and has performed over 50 premieres with Kirkos Ensemble and has performed at 5 ICC concerts. Recent projects include an online collaboration with sound artist Philip Fogarty, in association with Music for Galway and supported by the Arts Council.

Yseult was a recipient of the John Vallery Memorial Prize for highest placed string player at the 2015 Freemasons Young Musician of the Year and was awarded the 2016 Yamaha Music Foundation of Europe scholarship. Yseult has a 1st Class Honours MA, from the CIT Cork school of Music, and BA, from the Royal Irish Academy of Music, where her teachers were Christopher Marwood and Bill Butt. In 2015/16 she studied at the Hochschule für Musik und Theater “Felix Mendelssohn Bartholdy”, Leipzig, with Peter Hörr. 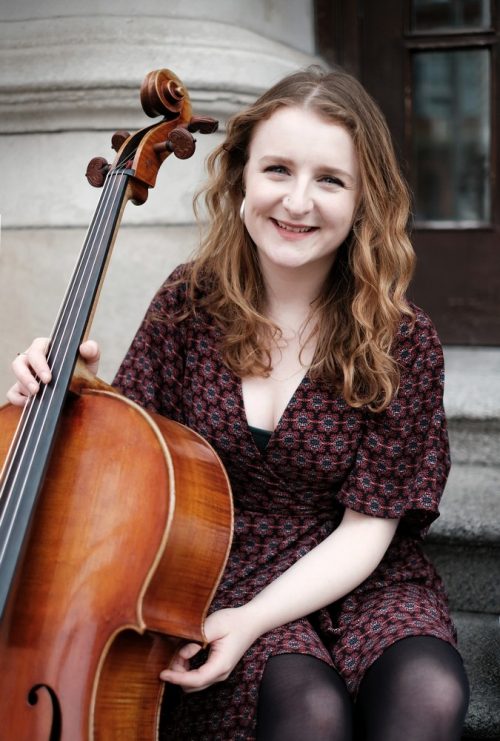