Stéphane Thomachot was born in 1959 in Bourg-la-Reine, France, and studied bow making at Mirecourt under Bernard Ouchard from 1975 to 1978.

Upon graduation, he worked under Philippe Bodart in Marseilles and then at Max Möller & Son in Amsterdam.

In 1981, he opened his own workshop in Paris, where he primarily did repairs. After winning gold medals for viola bow in 1982 and for violin bow in 1984 at VSA Competitions, he gradually turned his attention exclusively to bow making.

Stéphane Thomachot received a Meilleur Ouvrier de France in 1989 and the honorary title of Maître d’Art from the French Minister of Culture in 1994. Bowmakers from all over the world came to work at his workshop in Paris.

In 2001, he left Paris for Cucuron, a little village in Provence, where he has his studio today.

He is member of the GLAAF, the French association of violin and bow makers, a former bowmaker delegate of the board of the Entente International, and is a former president of IPCI-Comurnat. 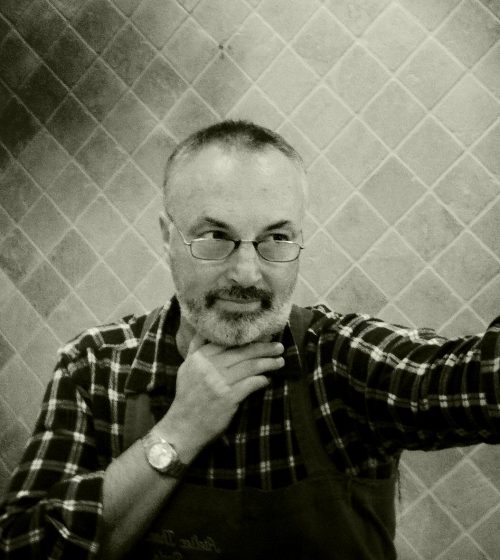