One of Britain’s leading clarinettists, Matthew Hunt is a distinctive musician, renowned for the vocal quality of his playing and his ability to communicate with audiences. He holds the position of solo clarinettist with the Deutsche Kammerphilharmonie Bremen, and is a member of the Sheffield based chamber group Ensemble 360. A very keen chamber musician, he appears regularly with Meta4, the Chiurascuro and Elias quartets, Thomas Adès, Pekka Kuusisto, Emily Beynon, Nicholas Altstaedt, Alina Ibragimova, and La Bande de La Loingtaine. He has also appeared as a guest of the Berlin Philharmonic as a soloist in their series at the Berlin Philharmonie Kammermusik Saal.

Matthew’s plans for this season include appearances at festivals including Lockenhaus (Austria), Kaposvar (Hungary), Kuhmo (Finland) and Charlottesville (United States), and concerto appearances with the Deutsche Kammerphilharmonie and Paavo Jarvi, and with the Georgian Chamber Orchestra, Ingolstadt. As an orchestral musician, Matt a regular guest principal with the Academy of St Martin in the Fields and has appeared as a guest principal with the Concertgebouw and BBC Symphony Orchestras and the Chamber Orchestra of Europe. 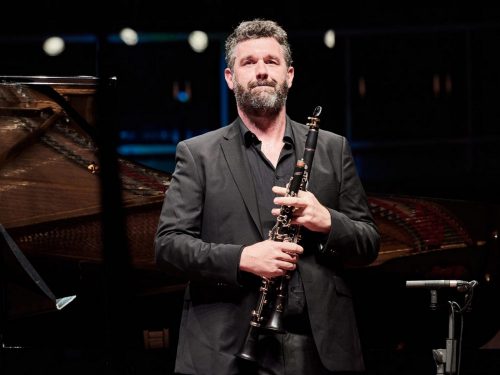