For the last 10 years John has been at the forefront of Flamenco in Ireland, as a performer, composer, educator and primary ambassador of Flamenco guitar & culture in Ireland. Having studied with Flamenco masters in Andalucía over the course of 4 years, John returned to Ireland to bring his passion for Flamenco music to the stage. As a performer he has being invited as the International Artist to The 2015 Paco de Lucia Guitar Festival in Algeciras, Spain & The 2014 International Flamenco Festival in Consuegra, Spain. John also performed for 2 consecutive nights in 2014 in the famous Flamenco venue ‘El Candela’ in Madrid, Spain. In his home country of Ireland he has given concerts in the National Concert Hall on a number of occasions and appeared in the Guitar Festival of Ireland, the City of Derry Guitar Festival, Ards Guitar Festival and many more. He has been commissioned to compose music for Ballet Ireland, Riverdance and Michael Rooney’s De Cuellar Suite amongst others. He has performed live on national radio and television and has appeared on the soundtrack of ‘Riverdance- The Animated Adventure’ motion picture. In 2020 he released his critically-acclaimed debut album ‘Irlandalucía’, the first album of Flamenco ever written & recorded by an Irish artist. He has performed onstage with many acclaimed Flamenco artists including Salvador Andrades, Jose Manuel Leon, Maria Delgado, Alicia Carrasco, Karen Lugo, Luis de Luis, Antonio Sanchez, Juan Ignacio Gonzalez, Gines Pozas, Remedios Heredia, Carmen Cervantes, Jaime Salazar Losada, Jaime Nadal Perez, Jose Torres, David Avila, Olayo Jimenez, Lucas Gonzalez, Mercedes Garcia Lopez and Pepe de Algeciras. In crossover & collaborative projects he has performed with The Irish Chamber Orchestra, Redmond O’Toole, Hugh Buckley, Darragh O’Neill, David Power, Marja Gaynor, Peter Browne and Robbie Harris. 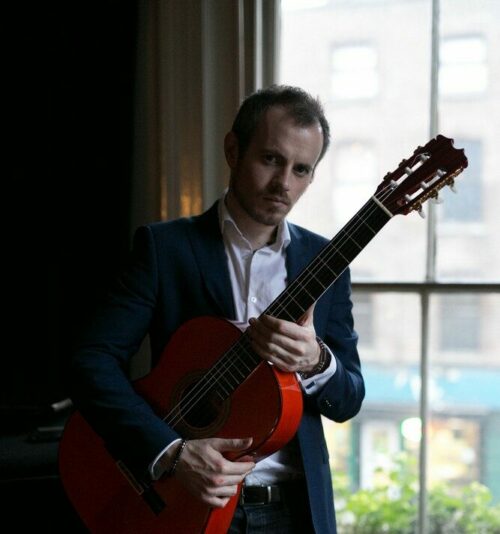