He played the violin, and began making instruments at Cork School of Music. He spent time in several workshops, including J&A Beare in London. In 1991 he opened and ran a busy repair workshop in Wicklow, in partnership with William Hofmann.

In 1997 He moved to a workshop in the countryside in county Wicklow where he lives with his wife, a violinist, and their four sons. He has worked there since dedicating much of his time to making new instruments. Repair and restoration remain important to him however as he enjoys the contact with musicians and their instruments.

Conor makes violins, violas and cellos. They are rarely exact copies, but are inspired by the great makers of the past. They are usually lightly antiqued. He has made baroque, classical and modern instruments.

In 2012 Conor was awarded a Coup de Coeur at the Paris viola competition. 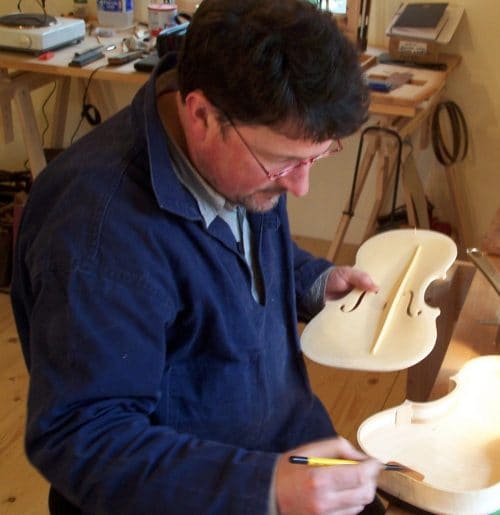