Steve Cooney is best known for his development of an influential style of guitar accompaniment to the traditional dance music of West Kerry, for which he won the National Entertainment Award in 1997. Born in Melbourne Australia in 1953, he came to Ireland in 1980 and maintains his connections with the Aboriginal culture there, into which he was initiated. He has ancestral links with Tipperary, Cavan and Galway. He has participated in making more than 250 CD’s, either as a guitar or bass player or as producer and engineer. Also a poet and songwriter, he has worked with many iconic international artists in rock and country but his primarily focus is Irish traditional music, and fusions of that genre. In 2020 he released a CD of solo guitar interpretations of ancient harp tunes, Ceol Ársa Cláirsí, which won 3 awards at the 2020 RTÉ Folk Awards as well as Irish Times traditional album of the year. He was also given a Lifetime Achievement award by RTÉ. He completed an M.Litt.Ed in 2011 and a Ph.D. in 2018 on an intuitive musical notation system that he has developed for early learners and those who have difficulties with staff notation.

‘Master Cooney restores the ancient link between lyre and lyric, between poetry and performance, the rhapsody and rascality’

‘Steve Cooney…possesses a rare and deep musical intuition… he discovered a very unique rhythmic vocabulary that had never previously been heard on guitar in Irish music. He plays with an understanding and integrity that brings out a very ancient feeling in the music.’ –Martin Hayes

‘Steve Cooney revolutionised Irish music. Before Cooney, string accompanists (guitarists and bouzouki players) strummed along with jigs and reels providing depth and chordal colour, but rarely any driving or eruptive power. Cooney changed that forever. He introduced backbeat and an entire vernacular… which no one else has yet figured out how to do. His influence on Irish trad guitar is akin to Hendrix’s on rock… Since Cooney… guitar accompanists have driven Irish music with momentum and visceral energy.’

‘…immense grace and elegance… a glorious celebration of a heritage that stretches back a millennium, and a timely reimagining of tunes which are likely to tip toe their way into the repertoire of many other guitarists…’ 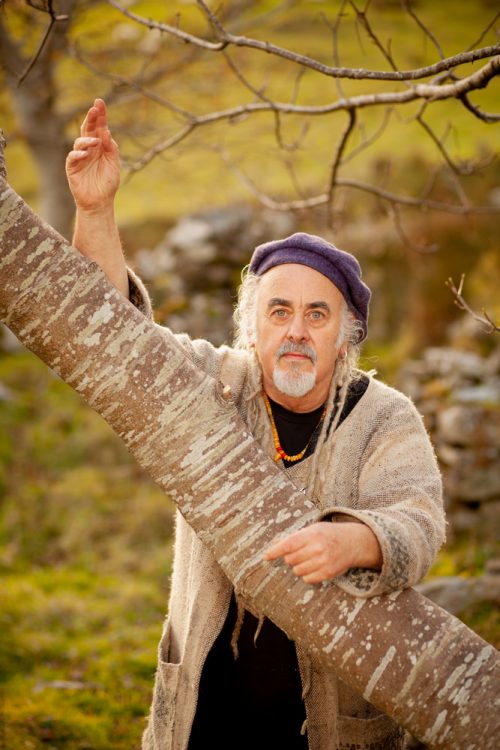