Kate O’Riordan is a writer from Bantry in West Cork and she now lives in London. She began writing as a novelist and her first novel, Involved, won the Sunday Tribune/Hennessey Prize for Best Emerging Writer and was shortlisted for the Dillons First Fiction Prize. Kate went on to adapt this for television the following year. Kate also adapted her second bestselling novel, The Boy in the Moon, for BBC Northern Ireland. Her fourth novel Loving Him was shortlisted for the Medici and Femina awards in France.

Kate’s previous credits include THE RETURN starring Julie Walters for ITV which was nominated for an Irish Film and Television Award for Best Drama, THE KINDNESS OF STRANGERS for ITV starring Neal Pearson and Hermione Norris and THE BAD MOTHER’S HANDBOOK, an adaptation for ITV starring Catherine Tate and Robert Pattinson.

Kate has also written on GOLD-PLATED for Channel 4, CAPITAL LIVES for ITV, THE CHASE for BBC, STRICTLY CONFIDENTIAL FOR ITV, among other drama series. She was a lead writer and executive producer on MR SELFRIDGE, a joint production between Britain’s ITV channel and America’s PBS, MR SELFRIDGE has been shown in 99 countries and ran for 4 series. Other credits include THE BAY and THE SPANISH PRINCESS for Starz. She has developed original projects for Wall to Wall, BBC, Granada, Little Bird and Sally head Productions.

Kate has written a further four novels including Penance which she adapted as a 3-parter for Channel 5, transmitted in March 2020. Her original series SMOTHER was produced by BBC Studios for RTE and aired in Ireland ahead of a UK transmission later this year. The second series is currently in production. 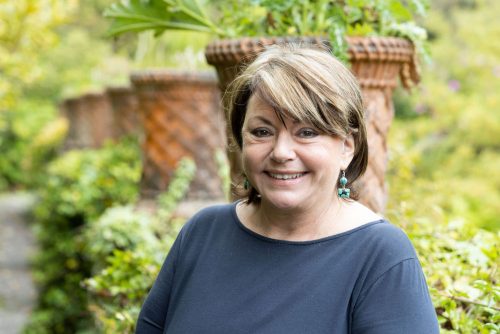