Formed in 2014, Ensemble Dagda are one of Ireland’s most vibrant HIPster (Historically Informed Performance) ensembles bringing lesser-heard works of 17th century music to life in playful, engaging concerts. Ensemble Dagda has played in the festival for many years as well as at the ‘Finding the Voice’ Festival, Clonmel, and the Kaleidoscope Night Series, Dublin and in the East Cork Early Music Festival (which the ensemble’s founders, Caitríona and Norah, now co-curate). Members have played in the Encanto Salon Music Festival Helsinki, in the American Irish Historical Society New York, the Liszt Academy Budapest, the National Gallery of Ireland, from newly built arts centres to some of Ireland’s most historic and atmospheric churches. Through primary and secondary school workshops they are introducing Irish schools to the world of early music. 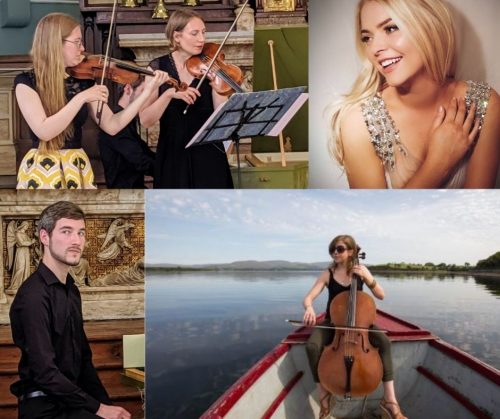