Toby Litt is best-known for writing from Adventures in Capitalism to (so far) Patience – in alphabetical order (apart from the non-fiction ones); he is currently working on Q and R. Wrestliana, Toby’s family memoir about being a man, fighting and losing, was published by Galley Beggar Press in May 2018. His previous novel, Notes For A Young Gentleman, came out in February 2018. Life-Like, also published by Seagull Books,  was shortlisted for the Edge Hill Short Story Prize 2015 and longlisted for the Frank O’Connor International Short Story Award. Toby’s story ‘John & John’ won the semi-widely-known Manchester Fiction Prize, and his story ‘Call it “The Bug” Because I Have No Time To Think of a Better Title’ was shortlisted for the Sunday Times EFG Private Bank Short Story Award.

In May 2014, Toby’s first opera collaboration, Vastation (Nichtung), with music by Samy Moussa, was performed in Munich and Regensberg. Also in 2014, Toby wrote a monthly comic, Dead Boy Detectives, based on characters from Neil Gaiman’s Sandman. This was published by Vertigo.

In 2017, Vertigo issued the trade paperback edition of Free Country: A Tale From The Children’s Crusade. This was a completion by Toby of a Neil Gaiman graphic novel. Toby writes songs and song cycles with Emily Hall. He is Reader in Creative Writing at Birkbeck College, London and is the convenor of the MFA in Creative Writing. Toby’s new novel, Patience, was published by Galley Beggar Press in September 2019. 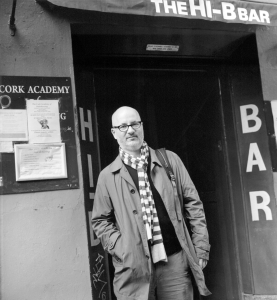