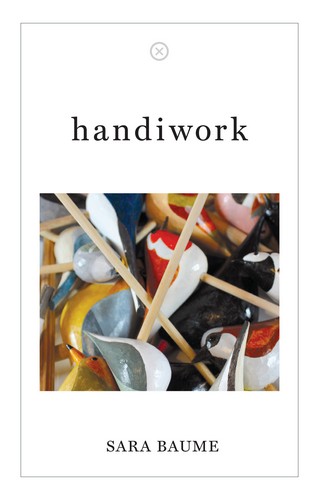 Sara Baume grew up in County Cork and studied fine art at Dun Laoghaire College of Art and Design before completing the MPhil in creative writing at Trinity College Dublin.

She first came to prominence when she won the Davy Byrne Short Story award for her story Solesearcher1 in 2014. Her debut novel Spill Simmer Falter Wither was longlisted for the Guardian First Book Award, shortlisted for the Costa First Novel Award, won the Geoffrey Faber Memorial Prize, and has been widely translated. In 2017 A Line Made by Walking was shortlisted for the Goldsmiths Prize and nominated for the Dublin International Literary Award (previously known as the IMPAC). She has also been awarded the Rooney Prize and a Lannan Literary Fellowship.

She works as a visual artist as well as a writer, and her first solo exhibition took place in autumn 2018. handiwork is her first work of non-fiction and was published by Tramp Press in March 2020.