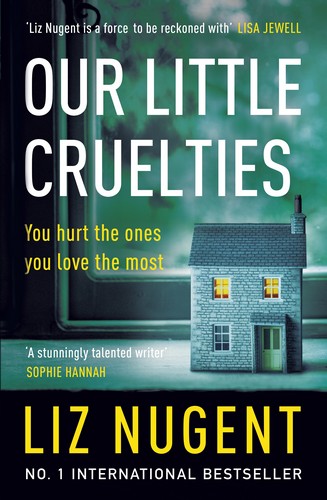 Liz Nugent’s debut novel, Unravelling Oliver Irish Book Awards Crime Novel of the Year 2014 and was the biggest selling debut of 2014. Lying In Wait, her second novel, went straight to Number 1 in its first week of sales and was chosen as the Ryan Tubridy Listeners Choice Award at Irish Book Awards 2016 and was a Richard and Judy pick in Spring 2017. Her third novel Skin Deep was also a Number 1 bestseller and won two awards at the Irish Book Awards (Listener’s Choice and Crime Fiction). Liz’s books are published in numerous languages and territories. In her early career she worked as a stage manager in theatres in Ireland and toured internationally. Liz has written extensively for radio and television drama including RTÉ’s Fair City. She has been shortlisted for the prestigious Francis McManus Short Story Award. She lives with her husband in her native Dublin. Her fourth novel Our Little Cruelties was published by Penguin Ireland in March 2020.