Conor O’Clery holds a unique perspective on the former Soviet Union, as resident Irish Times correspondent during the last four years of communism and as a frequent visitor since then, having married into a Russian-Armenian family in Krasnoyarsk. After Moscow he was a foreign correspondent in Washington, Beijing and New York. He has been twice awarded Journalist of the Year, for his dispatches from Moscow and for his reporting of the 9/11 attacks in New York. He is the author of several books including Melting Snow, on the fall of the Soviet Union; The Greening of the White House, about the Clinton presidency, The Billionaire Who Wasn’t, a biography of the philanthropist Chuck Feeney; and Moscow, December 25, 1991, an account of the last day of the Soviet Union. The Shoemaker and His Daughter was published by Doubleday in 2018.

Zhanna O’Clery, a native of the Soviet Union, was born Zhanna Suvorova in Grozny, Chechnya, and brought up in Krasnoyarsk in Siberia. Of  Armenian stock, she was for some years assistant professor of English philology at the pedagogical institute in Krasnoyarsk, and was also a deputy in the regional soviet (parliament). She married Irish Times correspondent Conor O’Clery in Moscow in 1989 and subsequently moved to Washington DC where she worked as consultant at the International Finance Corporation (World Bank) on a project to privatise post-communist Russia. The couple transferred in 1996 to Beijing, where Zhanna was director of development of the international school. In 2001 they moved to New York, where she was head of development for the Geneva-based International Baccalaureate. After settling in Ireland in 2005, Zhanna worked as associate director of development at Trinity College Dublin till 2019 and is currently a consultant. 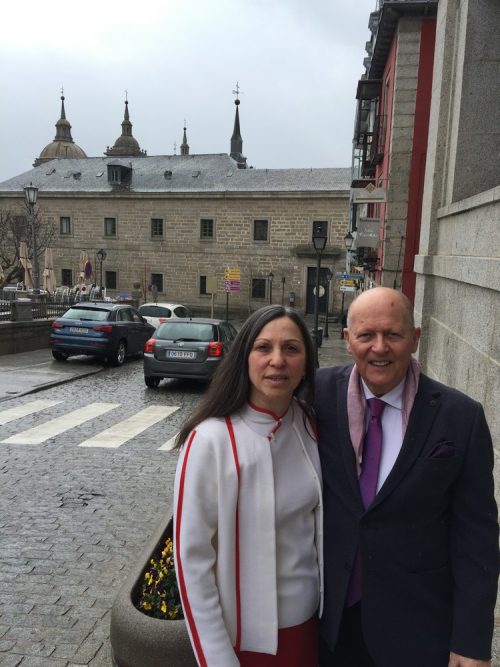